Why 80% of the population may decline insurance they need

Finding it difficult to convince prospective clients that something really bad might happen to them?

What you are up against is the normal brain function for four-tenths of the general population and the fact that people still smoke is one clue, a speaker suggested Monday at the Top Broker Summit.

Keynote speaker Tali Sharot showed the summit a slide with a photo of a cigarette package warning the buyer that smoking kills. 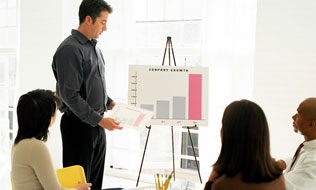 “Threats and warnings like this only have limited impact because people say, ‘Yes, smoking kills but mostly it kills the other guy,’” said Sharot, a professor of cognitive neuroscience at University College in London, England.

“When we renovate our house, we think about how lovely this house will be and we don’t necessarily focus on that burst pipe or that tree that might fall into the roof,” said Sharot, who has a PhD in psychology and neuroscience from New York University.

Top Broker Summit is produced by Canadian Underwriter magazine and is taking place Monday at the Ritz-Carlton across the road from Toronto’s Roy Thomson Hall.

Optimism bias is something developed over about a million of years of evolution of humans and their ancestors, suggested Sharot.

Overall it’s a good thing because if we expect the future to be bright, it reduces stress and anxiety. About four in ten people have “somewhat of an optimism bias.” Of the 20% who don’t – about half of them have clinical depression, said Sharot.

The downside is most people do not tend to take rational precautions.

“If we underestimate our risk, we might not buy insurance when we should,” said Sharot, author of The Optimism Bias: A Tour of the Irrationally Positive Brain.

So if you are focused on telling clients what horrible things might happen to them by accident, you might need to re-frame your message, suggested Sharot.

“Highlight the gain instead of focusing on all the terrible things that can happen or the dangers out there,” she said. “You might say, ‘Well, if you have this insurance, then you will be safe. There will be progress. Perhaps if you have it you will feel better.’”

Sharot has a lab where researchers study brain mechanisms that give rise to how people make decisions and how people think about the future. In an experiment, researchers found everyone’s brain did a good job of encoding good information but not as good of a job at encoding unexpected bad news.

A case in point is people’s perception of the risk their marriage will end.