Why B.C’s heat dome puts the industry on alert for wildfires

A heat wave building across western Canada and the Prairies could worsen wildfires, which have already burned more hectares this year over last despite fewer fires to date, one industry expert observes.

This week, Alberta, British Columbia and Saskatchewan will see temperatures forecast to exceed 30 C. Heat warnings have even been triggered as far north as the Northwest Territories.

“It’s really important to note you don’t need a prolonged period of hot weather to get wildfires,” he told Canadian Underwriter. “The fire season in B.C. started off very slowly. It was a very damp spring, pretty cool, and things changed really fast.

“With the hazard of wildfire, you can go from very low-risk to very high-risk and back again so quickly. We’re talking a matter of a day or two.”

Heat, drought and wildfire are often a natural combination. “If it’s hot outside, the fuel (i.e., tinder) dries up significantly,” says McGillivray.  “And if you get a windy day, all you really need is ignition, which can come from almost anywhere.”

Although there have been fewer fires so far this year compared to the same period in 2021, the area burned is larger. To date last year, 1,123 wildfires in Alberta burned 53,920 hectares. This year, the province has seen approximately 819 wildfires burn 107,517 hectares, according to Alberta Wildfire.

Adverse weather can often compound the issue, exacerbating the risk of wildfire, says McGillivray. “You have a greater risk of convective [thunder]storm [following a heat wave], and that means more lightning strikes, which means more fires.” Rain doesn’t stop wildfire either: “the rain that falls from convective storm tends to be a lot of rain in a very short time, so it tends not to snuff out well,” he says.

The Duff Moisture Code is a numeric rating of the average moisture content of loosely compacted organic matter —or fuel — that’s on the ground. “Once you get into a Duff Code of around 30, that means conditions are prime for lightning-caused fires,” as McGillivray explains.

“The Duff Code right now in B.C. is 60. It’s not uncommon to get hundreds or thousands of lightning strikes in a storm, so the conditions in B.C. right now are really ripe for fire.”

What’s more, prolonged periods of heat dry up the soil, preventing water from soaking the ground. “The water just runs off it… it doesn’t soak into the fuels,” says McGillivray. This elevates risk of drought.

Even snow may not be enough to prevent wildfire. Take for example, the Slave Lake wildfire of 2011. “There was actually snow on the ground the week before that wildfire. And when you do get prolonged periods of heat, it doesn’t help matters at all — it makes matters considerably worse,” McGillivray says.

Although not all wildfires can be prevented, there are ways to mitigate the risk. Burn bans, modifying or eliminating dry vegetation near homes, and avoiding ATV use are ways to create wildfire resilience. 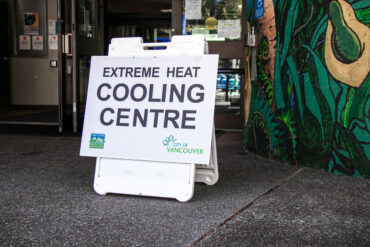 Over 600 people died during last year’s heat dome in B.C., many of whom were elderly or vulnerable peoples. “We really have to move ahead with some action to prevent deaths primarily to marginalized people. That’s who basically lose their lives and heat events is those that are marginalized,” he says.