Why brokers must have a CRM in the digital age 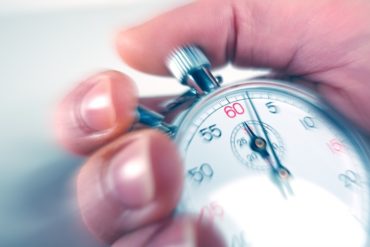 Vass urged brokers attending the Insurance Brokers Association of Alberta (IBAA) 2019 Conference in Banff, Alta. to consider using some kind of lead management system (also known as CRMs). It is humanly impossible for a broker to satisfy an online consumer’s demand for speed without one, he said.

“If you get into a place where you are responding [to a lead] in less than five minutes – and the only way to track that is having a lead management system — you’re going to have a lot of success,” Vass told brokers attending the IBAA conference. “Brokers are two to three times more likely to close a lead if they respond in less than five minutes….

“Sales conversions are 391% higher during the first minute of contact.”

CRMs offer responsiveness, which is imperative for meeting the evolved service expectations of broker clients in the digital age, Vass said. He cited survey results in which 52% of Millennials (born between 1976 and 2004) reported being more impatient today than they were five years ago because of their reliance on technology. And in a different survey, 78% of customers said they bought from the first to respond to their request.

“People pay for convenience,” Vass said. “Never forget that. People are busy, they want it easy and that’s what you have to think about as an insurance broker.”

Vass said many brokers today take pride in “going digital.” And yet, many don’t have a CRM to help manage their leads. In some cases, brokerages are routing consumers’ online queries to a company email inbox instead of through a lead management system. As a result, the response time is far too long in some instances, he said.

“You cannot treat an online consumer the same way you were used to treating a traditional consumer that just walked into your office — the expectations have changed,” Vass said.

He reported the anonymous results of a mystery shopper that Trufla has conducted on some broker websites. After filling out a webpage form, Trufla’s “mystery shopper” team received responses from brokers 12 hours later, and sometimes it took as long as 24 hours for a broker to respond.

Said Vass: “That’s like walking into a brokerage and me sitting down [across from the broker], and saying, ‘Hey, I am interested in car insurance.’ And you go, ‘Okay, that’s great, just a second.’ And then you walk away for 12 hours, in your office. Do you think I would be upset? Do you think I am going to buy from you? No, you’re not going to sell to them. They’re gone….

“We are treating online consumers that expect convenience in a way that doesn’t match why their online in the first place. They’re online for convenience and yet it’s taking [brokers] 12 hours to respond to them.”

A lead management system acts as a central hub for leads culled from multiple sources, including online web forms, phone calls, referrals, outbound sales and purchased leads. Vass encouraged brokers to think of customers renewing their policies as “leads” as well, since client service to anyone expressing an interest in purchasing a product could be managed by a CRM.

What the CRM allows brokers to do includes:

Vass noted the difference between a CRM and a broker management system (BMS). A BMS, he said “doesn’t know how to do lead management.”

More News
Related
Travelers Canada ‘trying to figure out how best to proceed’ with telematics-based auto insurance
“Hey Broker, I need a quote.” Voice technology for brokerages arrives.
The Power of Broker Specialization
How your brokerage might benefit from partnering with an innovation hub