Why brokers should embrace A.I. 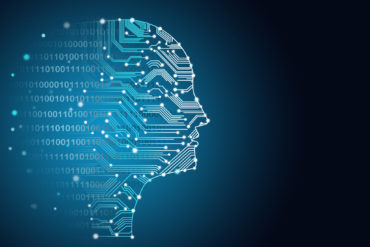 Several industries may fear the impact of new technology in the workplace, but at least one Canadian broker says insurance brokers have every reason to welcome it.

Artificial intelligence, for example, would allow brokers to drop the mundane tasks that suck up much of their time, says Adam Veldpaus, technology industry leader at Cowan Insurance in Hamilton, Ont. Instead, brokers can work to build better business relationships with clients.

“It’s going to remove the remedial tasks, like collecting billing information,” he said. “It’s going to allow you to go into a meeting [prepared with] with information, so you can really listen and have a thorough conversation with your client about things that are coming up.”

A one-hour meeting suddenly becomes more productive because you don’t have to spend a chunk of it going over mundane details such as when the client’s building was constructed. A broker can spend that time listening to their client’s plans for the future and map out a better plan.

“You’re able to dive more fully into questions such as, ‘Where are you going in the next five years? What do you see happening?’” Veldpaus said. “Just listening and being able to better understand and address the concerns. We’re all good at that already, but I think removing those extra tasks will really give you that leg up to concentrate and show that value.”

It doesn’t end there. Brokers can use their new-found time to build their business and educate people about the role of brokers.

“It could open the world to brokers,” Veldpaus says. “It gives us the availability to increase our profile in the community and with our clients significantly, because we’re not spending as much time doing labour-intensive tasks. We can be out, we can be on the phone more, we can take the time to fully explain things better, and we can better educate everybody this way.”

The ideal broker may also be a little different going forward, with an emphasis on soft skills and less focus on technical ability.

“In the future, you may not need to rely on computer skills as much as you would currently,” Veldpaus said. “You could start to look for people who have a different skill-set — thinking, processing and speaking — versus job Number 1 being to make sure you have a driver’s licence and that you know how to use a computer.

As far as Veldpaus is concerned, the sooner brokerages ride the technology wave, the better. Delaying will not only keep your brokerage behind the times, but your clients will also notice, he said.

He warned that adopting AI requires a careful approach. Do your homework to figure out the right type of product for your brokerage. He compared it to going to the cloud. Some companies rushed in and may have found they didn’t get the right bang for their buck.

“When we start to talk about AI, identifying and selecting the one that will be the best use will be paramount versus just buying a product that says ‘AI’ on it,” Veldpaus said.