Is the entertainment tech in vehicles cancelling out the safety tech? 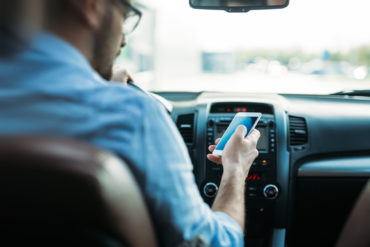 Brokers looking to give their customers any positive news on rates potentially coming down shouldn’t get their hopes up.

A driver could have a number of alarm bells go off while behind the wheel, including audible beeps if you are drifting from the lane, adaptive cruise control, and sensors that can tell if they’re falling asleep behind the wheel. It’s all part of what is referred to as ADAS, or advanced driver assistance systems.

Despite all the fancy safety gadgets, the number of reported collisions is up. Aviva Canada told Canadian Underwriter that the total number of vehicles repaired was up 2.2% from 2017-2018 in the provinces in which it the company operates. Severity is up, too, although technology alone isn’t the culprit: Aviva has seen claims costs increase 49% since 2009.

But as collisions increase in frequency and the cost of repair continues to rise, a relief in rates is unlikely to come in the near future.

Phil Gibson, Aviva’s managing director of personal insurance, puts a lot of the blame squarely on the shoulders of distracted drivers and entertainment options now in vehicles.

“In my mind, between [cellphones] and all the doodads on the screen, that is what’s distracting people and that’s what’s causing so many of these collisions,” he said.

Flavio Battilana, chief operating officer at CSN Collision Centres in Toronto, doesn’t believe there has been much benefit to overall safety with these new technologies. The correlation between safety and collisions is not matching up the way one would think.

Logic says that “if one goes up, the other one has to go down. [However] vehicle safety has gone up at a much more accelerated rate than the decrease in vehicle collision frequency. They’re not running opposite to each other,” he said.

“We were all hoping all this tech would cause fewer accidents,” Gibson said.

A 2017 American Automobile Association complained that automakers were cramming dashboards with infotainment technology. “It’s adding more and more layers of complexity and information at drivers’ fingertips without often considering whether it’s a good idea to put it at their fingertips,” said University of Utah professor David Strayer, who led the study.

Why does distracted driving persist despite all the warnings?

“Because the penalties aren’t harsh enough,” said Justin Thouin, co-founder and president at LowestRates.ca “Governments need to be more harsh when it comes to penalties on distracted driving. How about you get caught driving distracted and you lose your licence for a year? I think that would be a good deterrent.”

“Things that we could just attribute with common sense and go, ‘That sounds like you weren’t really fully paying attention to what was going on.’ Those, we saw double-digit increases,” he said. “So I do attribute those to distracted driving.”