Why being a broker is the best job ever

The feeling that their opinions are heard and often implemented is just one of the reasons brokers report being satisfied with their choice of career.

“I truly believe that I am a valued professional advisor,” Ryan McKenna, commercial and personal lines broker at McDougall Insurance and Financial in Kingston, Ont., told Canadian Underwriter. “I gain considerable satisfaction when I solve a problem for a customer by negotiating terms with an insurance underwriter.” 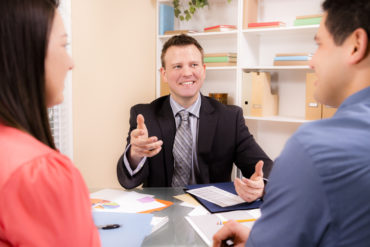 There is also the flexibility to help clients, since there are more resources to find the best price and coverage, added Matt Summers, personal lines account executive at Archway Insurance in Halifax. “I feel that the input and suggestions regarding the brokerage are actually heard and in many cases are implemented, which is sometimes unheard of at a direct insurer,” said Summers, who has worked in both the direct and broker channels.

McKenna and Summers spoke to Canadian Underwriter Wednesday about what they like and dislike about being a broker, and what attracted them to the industry.

Their overall satisfaction with their choice of profession was reflected in Canadian Underwriter’s 2018 National Broker Survey. Asked to rate their satisfaction with being a broker on a scale of 0-10 (with 0 being dissatisfied and 10 being satisfied), more than four in 10 brokers (41.4%) of the 655 brokers who answered the question gave it a 10. Almost 14% answered 9/10, nearly 20% said 8/10 and close to 14% said 7/10. A response of 0-6 accounted for only about 11% of respondents.

“As a broker, you can expect to learn a lot and have a lot of fun,” Summers said, noting there is no shortage of industry events for brokerages. “Your opinion matters and you will be appreciated. They will manage you and not micromanage you,” he suggested to future brokers coming into the market.

McKenna was first introduced to the industry through his father. “He showed a passion for what he did as an insurance broker and I became curious how I might be able to do the same,” McKenna said. “I have prepared myself with formal schooling, industry networking and hands-on experience at the company level. I feel the future presents considerable opportunity.”

McKenna likes and values the work the Insurance Brokers Association of Ontario and broker network has done to promote the channel to the public as a respectable distribution channel. On the other hand, he doesn’t like the negative discussions about the future of brokers. “Yes, there may be significant changes coming our way, but I don’t like [or] agree with comments regarding total elimination.”

Career advancement is also sometimes a downside to being a broker. Since they are typically smaller than insurers, career advancement can sometimes take longer or is maybe even nonexistent, Summers said. “For example, if your career goal was management, then in a brokerage of five people, you would have to wait until the current manager retires or takes a new opportunity.”

Back to National Broker Survey