Wawanesa’s decision to write insurance in Canada through brokers only came as a shock to some consultants.

“If you talk to the consultants down on Adelaide Street [in Toronto] in their big offices, what are they going to tell an insurance company? ‘Go direct,’” Carol Jardine, president of the Canadian property and casualty operations of Wawanesa Mutual Insurance Company, said during a recent presentation. “Why do they keep saying, ‘Go direct?’ It’s an expense play. You don’t have to pay brokers that 15, 16, 17% commission. You can do it cheaper. That’s basically what they tell you.”

Wawanesa announced this past July it would stop writing direct in Quebec. 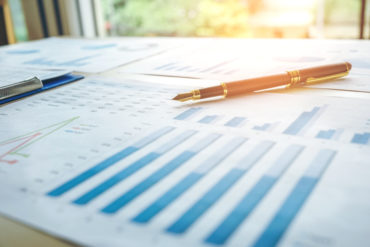 “Anyone who thinks it’s easy to do direct insurance is extremely naive,” Jardine said Jan. 17 during a luncheon hosted by the Insurance Brokers of Toronto Region.

“I have been in this business for over 40 years,” said Jardine, whose previous roles include president and chief operating officer of both Canadian Northern Shield Insurance Company in British Columbia and CUMIS General Insurance Company.

“The one thing I know is that brokers look after their customers better than the directs. Brokers know what their customers need and want, and brokers will provide the value that a customer requires, which is choice.”

When Jardine joined Wawanesa in 2016 as chief strategy officer, one of the first questions put to her by the board of directors was about Sonnet, the direct writer launched in 2016 by Waterloo, Ont.-based Economical Insurance.

Jardine suggested Thursday that she and other senior Wawanesa officials told the board they did not want to build a direct writer similar in concept to Sonnet.

“We want to give brokers an insurance company that they do not compete with,” Jardine said.

“Do the consultants think I’m insane? They do. They actually think I’ve lost it. When I go and talk to them, they go, ‘You are missing out on this great opportunity. You should look at what’s going on in England. You should look at what’s going on in the U.S.,’ and I say, ‘Hey wait a second, we are a contrarian insurance company. We still have an office in a 600-person village southwest of Winnipeg, in Manitoba, which any other consultant would have told us to close. We have seven service offices across Ontario which any other insurance company would have closed.’”

When launching Sonnet, Economical was targeting consumers who are “really comfortable making all their financial transactions online,” Karen Gavan, then Economical’s CEO, said during the CEO Panel at the 2016 Insurance Brokers Association of Ontario annual convention.

Economical reported earlier that 11.1 points of its 2017 combined ratio – of 113.7% – was attributable to spending on strategic investments such as Sonnet.

The huge amount of money Economical spent on Sonnet raised questions from some mutual policyholders.

“We only need to look at the success of the Amazons,” Economical chairman emeritus Gerry Hooper said during the insurer’s annual general meeting in May, 2018. “The development of Sonnet is necessary for our future.”