Why urban drivers may actually be better risks than rural drivers 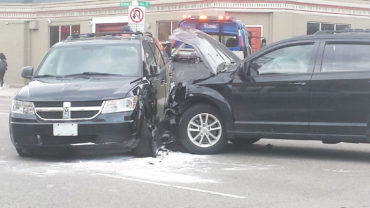 Drivers in the heavily populated Greater Toronto Area are less likely to have a ticket, a collision or both on their record compared to those in more rural communities in Ontario.

The counter-intuitive result came from a recent study by InsuranceHotline.com, which found that poorly-graded drivers emerged in more rural cities like Orangeville, Bradford and Woodstock, whereas better drivers came from more urban, Greater Toronto Area (GTA) communities such as North York, metro Toronto and East York.

The company based their findings on insurance quotes from 2018 and 2019 and the details entered by drivers. At least 1,000 quotes from each community were required. Overall, the study found that 3.5% of Ontario drivers said they had both a collision and a ticket on their driving record. Orangeville drivers were tops, with 9.4% saying they were in this category. Those in Bradford and Sault Ste. Marie followed at 8.4%.

“We were as surprised as pretty much everyone when we saw these results and really looked at the data and saw how this was shaking out,” said Anne Marie Thomas, senior manager of partnerships at InsuranceHotline.ca.

It’s assumed that drivers in dense centres pay more for auto insurance because of the higher risk of collision with more vehicles on the road. But to the surprise of Thomas and others, drivers with tickets and collisions on their record were most often found outside these major cities.

Nearly 7% of Ontario drivers said they have at least one ticket to their name, with those in Caledon coming at 15%, followed by 13.2% of Orangeville drivers, according to InsuranceHotline.ca.

Drivers in Woodstock led the province in the number of reported crashes at 13.6%, above the provincial average of 8.9% of drivers who said they had been involved in one. That’s not to say their collisions took place in their town, just that they live there.

InsuranceHotline.com assigned a grade to each area of the province to determine which ones are the best and worst cities for driving records. The grades are based on the increased – or decreased – likelihood of the drivers in the city reporting they have either a ticket, a crash or both on their record.

Orangeville, Bradford, Woodstock, Sault Ste. Marie, Brantford and Orillia all came in with a D grade. On the flip side, North York, Toronto, East York, Etobicoke, Mississauga, Brampton, Scarborough, Oakville and other GTA centres were all graded with an A.

There could be a number of reasons why, Thomas noted. Perhaps people in rural communities use their car more versus those in Toronto where public transit is a viable option, thus increasing the odds of a ticket violation or crash.

“Maybe that speaks to the accidents not being at-fault accidents,” she added. “Maybe rates are more expensive in these cities is because of the cost to settle the claim versus somewhere like Orangeville. Maybe those drivers have had an accident, but it’s a single-vehicle accident that had a couple of thousand dollars in damage, whereas in a more congested area, maybe the accidents are more significant and more expensive to settle.”

Brokers can use this information to show clients that where they live is only a small part of why their premium is what it is.

“It’s everything factored in together,” Thomas said. “It’s where you live, how you drive, how long you’ve been licenced — it’s the whole package. Saying that this one city is worse or this one city is better, for everyone, that may not necessarily be the case.”

Not to mention the importance of having no infractions, she added. “In a market that is harder, you want a driving record that is as clean as possible.”