You know why the market is hardening – but do your clients? 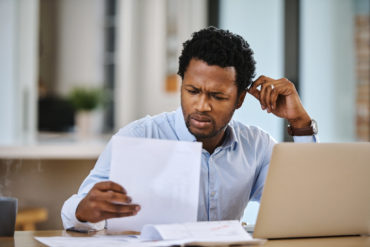 Thanks to premium increases, a byproduct of a hardening insurance cycle, insurance professionals are facing an uphill battle in the eye of public opinion. That’s why Justin Thouin, co-founder and CEO at LowestRates.ca, wants to change how the general public thinks of insurance, and to push the industry to work together to bring rates down.

“The story isn’t out there in terms of why these prices are going up,” Thouin told Canadian Underwriter. “People within the industry know why prices are going up – loss ratios are high, insurance companies aren’t covering their costs and, in many cases, and a lot of them are pulling out. But the average Canadian doesn’t know that. The average Canadian doesn’t even care about that. All they see is their car insurance price is going up. I feel the insurance companies need to push harder and work more closely with governments to make changes.

“I think there’s a lot that can be done, which is the exciting thing, and I think it needs to be done,” Thouin added.

Based on the quotes that his site provides to consumers, Thouin says, “we’re seeing increases year-over-year, quarter-over-quarter in Ontario, Alberta and the Atlantic provinces – all in double digits, all between 10-20%. It’s quite significant.”

Of course, that’s not true. But consumers don’t know that, he added. “The insurance system is not great right now. You have consumers who are not happy about prices going up, and you have insurance companies not happy because they’re not making enough money.”

He wants to get a message out that he hopes the industry echoes: “The reality is, it’s not a good time for insurance companies either. They’re losing money because they’re paying more out in claims than they’re generating in premiums. So a lot of them are pulling out of the market. Prices are going up on our site because fewer insurance companies are putting themselves out there for consumers. Less competition and less availability mean higher prices.”

But understanding there’s an issue doesn’t exactly stop the problems. “We have to look at why the prices are going up, why claims are up and why insurance companies have to pay so much out. What can be addressed?”

And this needs to be communicated to consumers if the industry wants to overcome its image problem, Thouin believes.

3 Comments » for You know why the market is hardening – but do your clients?