2016 costliest 12 months for natural catastrophes in the last four years: Munich Re

The US$175 billion in natural catastrophes losses in 2016 – the lion’s share of which were uninsured – dwarfed those in the previous year and were just shy of 2012’s US$180 billion total, Munich Re reports. 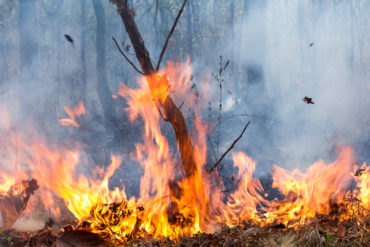 The research released Wednesday – which explores 2016 nat-cat activity and losses and provides statistics and analysis of some of the most significant events – shows that losses last year were more than two-thirds of the US$103 billion tab in 2015.

“A number of devastating earthquakes and powerful storms made 2016 the costliest 12 months for natural catastrophe losses in the last four years,” notes a statement from global reinsurer Munich Re.

“After three years of relatively low nat-cat losses, the figures for 2016 are back in the mid-range, where they are expected to be,” Torsten Jeworrek, a member of the Munich Re Board of Management, comments in the statement.

Both overall losses (US$154 billion) and insured losses (US$45.1 billion) globally exceeded the inflation-adjusted average for the past 10 years.

Removing very small events from the equation, 750 relevant loss events such as earthquakes, storms, floods, droughts and heatwaves around the world were recorded in the Munich Re NatCatSERVICE database, the global reinsurer reports. That is significantly above the 10-year average of 590.

(Natural catastrophes around the world in 2016)

The many flood events, including river flooding and flash floods, was exceptional, accounting for 34% of overall losses compared to the last 10-year average of 21%.

The costliest natural catastrophes of 2016 occurred in Asia: two earthquakes in April (overall losses US$31 billion, with insured losses representing slightly less than 20%); and floods in China in June and July (although overall losses were pegged at US$20 billion, only some 2% were insured).

Looking at North America (includes Central America and the Caribbean), significant events included Hurricane Matthew – the 2016 North Atlantic hurricane season saw 15 named storms, significantly more than in the previous two years and above the long-term average since 1950 – as well as floods and wildfires in both the United States and Canada, notably Fort McMurray.

North America experienced 160 loss events in 2016, the most since 1980, which accounted for a third (US$55 billion) of the global natural catastrophes tally. That percentage, however, is less than the long-term average of 39%.

That said, the insured portion of losses for the region (54%) was higher than the global average in 2016 and the long-term average (44%) for North America.

For example, Hurricane Matthew caused about US$10.2 billion in losses, with more than of third of that total insured. “Matthew took the lives of around 550 people in Haiti, and also caused serious damage on the east coast of the U.S.,” the statement notes.

Floods in Louisiana and other U.S. states in August triggered losses totalling US$10 billion (of which about a quarter was insured), Munich Re reports.

In Canada, a mild winter, less snow than usual, spring heatwaves and droughts contributed to causing the devastating wildfire, generating overall losses of about US$4 billion. The event had a ratio of insured versus uninsured loss of about 70%.

“In a sense, the city actually almost got lucky that about 90% of its mostly high-value homes could be saved from the fire, and not produce an even greater loss,” says Philipp Wassenberg, CEO of Munich Reinsurance Company of Canada.

“It is also noteworthy that this event, being the largest insured Cat event in Canada ever, comes from an un-modelled peril,” Wassenberg adds in the company statement.

Although individual events can never be attributed directly to climate change, “there are now many indications that certain events – such as persistent weather systems or storms bringing torrential rain and hail – are more likely to occur in certain regions as a result of climate change,” explains Peter Höppe, head of Munich Re’s Geo Risks Research Unit.

“These factors have the potential to significantly reduce the costs of natural disasters, as well as the social and economic impact on families and communities,” Kuczinski says.

“To this end, we are hopeful that the incoming President (and his administration) follow through on his campaign commitment to rebuild infrastructure in the US, and that this is done with resiliency in mind,” he points out.