2016 set to be hottest year on record: World Meteorological Organization

2016 is “very likely” to be the hottest year on record, with global temperatures even higher than the record-breaking temperatures in 2015, according to an assessment by the World Meteorological Organization (WMO), the United Nation’s agency on weather, climate and water. 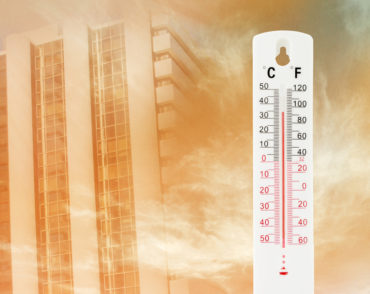 Preliminary data shows that 2016’s global temperatures are approximately 1.2° Celsius above pre-industrial levels, WMO said in a statement on Monday.

Global temperatures for January to September 2016 have been about 0.88°C above the average (14°C) for the 1961-1990 reference period, which is used by WMO as a baseline. Temperatures spiked in the early months of the year because of the powerful El Niño event of 2015-16, the statement said, adding that preliminary data for October indicate that they are at a “sufficiently high level for 2016 to remain on track for the title of hottest year on record.” This would mean that 16 of the 17 hottest years on record have been this century (1998 was the other one).

“The high temperatures we saw in 2015 are set to be beaten in 2016,” said WMO Secretary-General Petteri Taalas in the statement. “The extra heat from the powerful El Niño event has disappeared. The heat from global warming will continue,” he said. 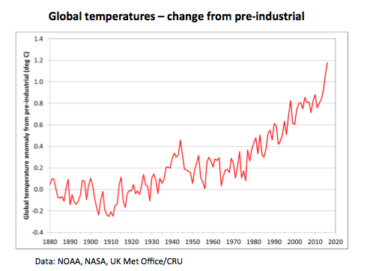 Taalas added that in parts of Arctic Russia, temperatures were 6°C to 7°C above the long-term average. Many other Arctic and sub-Arctic regions in Russia, Alaska and northwest Canada were at least 3°C above average. “We are used to measuring temperature records in fractions of a degree, and so this is different,” he said.

Long-term climate change indicators are also record-breaking, WMO reported. Temperatures were above normal over most ocean areas. Global sea levels rose about 15 millimetres between November 2014 and February 2016 as a result of El Niño, well above the post-1993 trend of 3 to 3.5 mm per year, with the early 2016 values reaching new record highs, the statement said. However, since February, sea levels have remained fairly stable. Also, Arctic sea ice extent was “well below normal” throughout the year.

Regarding greenhouse gas concentrations, annual average global carbon dioxide concentrations in 2015 reached 400 parts per million (ppm) for the first time. Initial observations indicate new records in 2016, the statement said. For example, at Cape Grim (Australia), CO2 levels in August averaged 401.42 ppm, compared with 398.13 ppm in August 2015. At Mauna Loa (Hawaii), mean weekly concentrations of CO2 as of Oct. 23 were 402.07 ppm, compared with 398.50 ppm at the same time in 2015, while the May 2016 value of 407.7 ppm was the highest monthly value on record.

The assessment also touched on numerous “high-impact” weather events in 2016: 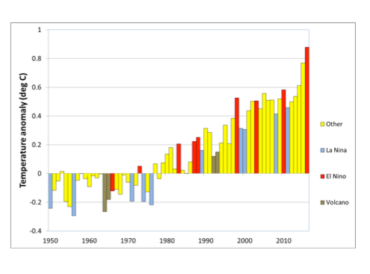 “Because of climate change, the occurrence and impact of extreme events has risen,” Taalas said in the statement. “‘Once in a generation’ heatwaves and flooding are becoming more regular. Sea level rise has increased exposure to storm surges associated with tropical cyclones.”

Taalas added that there is a “great need to strengthen the disaster early warning and climate service capabilities of especially developing countries. This is a powerful way to adapt to climate change.”

According to WMO, of 79 studies published by the Bulletin of the American Meteorological Society between 2011 and 2014, more than half found that human-induced climate change contributed to the extreme event in question.

More News
Related
2016 was the warmest year on record for the globe, Canadian Prairies experienced one of the “longest and most active storm seasons”: report
Economic losses from nat cat events in 2016 total US$210 billion, the highest loss amount in four years: Aon Benfield
Changing climate patterns, nat cats affecting electrical grid, Swiss Re and Johns Hopkins study finds
Construction of mitigation infrastructure to protect against flood should be seen as nation-building projects: Australian insurers