Canada would be well-advised to take a cue from other nations and do more to establish partnerships and requirements that better protect property owners in the event of an earthquake, says Veronica Scotti, president and CEO of Swiss Re Canada. 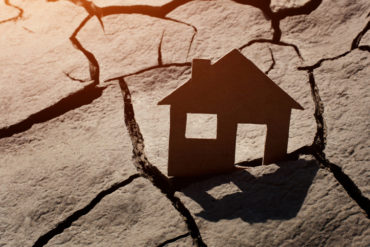 “Earthquake is very, very serious as a peril because it can strike within seconds and devastate and put the country back 10, 15 years,” she argued.

“It’s shocking to me that a country like Canada, that is aware of this exposure, is not doing anything to try and prepare better, frankly,” Scotti said.

“To say the least, it’s irresponsible of government not to try and put mitigating (measures in place).” Consider, for example, what could happen to homeowners following a quake that affects not only the land, but also their property, perhaps irreparably. “If the land is no longer suitable for building, or if you can’t access it, the value goes down,” she said. 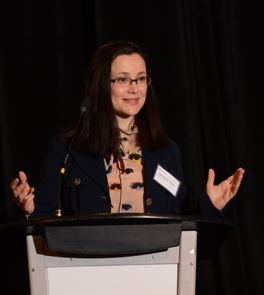 Veronica Scotti, President and CEO of Swiss Re Canada

Individuals and families will be on the hook, the situation will be extremely distressing for them, they may be displaced or even out of work depending on the quake’s location and impact on infrastructure and services, Scotti (pictured left) told reporters.

“You don’t know when you will be able to reoccupy your property, if ever, so you’ll have that uncertainty. On top of that, you’ll have to pay for a house that is no longer there because that’s your financial obligation vis-à-vis the bank,” she pointed out.

Scotti argued there are measures that are not “super-expensive,” but that can be taken to help better protect homeowners.

“If there was participation between the government saying, ‘Let me help you put programs in place, which help people bridge the financial cost of getting protection. Let’s incent the banks to actually extend that protection, or work with insurance companies for that protection,” she pointed out.

“This can be done. It’s being done so effectively elsewhere, so I think it’s a matter of will,” Scotti maintained.

Looking beyond individual property owners, though, a major earthquake “could have contagion effect within the (insurance) industry in Canada” and “could actually take companies down,” she cautioned.

And, again, the effect on mortgage books could be wide-ranging. These books “are so essential to the functioning of our society and it affects households,” Scotti said.

“As an industry, we need to start and further discussions about mortgage insurance that cover homes, as well as property,” Scotti told attendees earlier during her prepared remarks.

Noting that only about 10% to 20% of a mortgage’s value is tied up in the actual home, “what happens if a homeowner experiences soil liquefaction and there is widespread property damage? Right now, there is no clear answer on who carries that risk,” she said.

“Let’s equip our agents to ask the right questions and have the discussion with customers about their earthquake risk. Let’s help people understand the costs of insuring their homes and what’s covered. Let’s make products that are simple with clear policy wording,” Scotti emphasized. 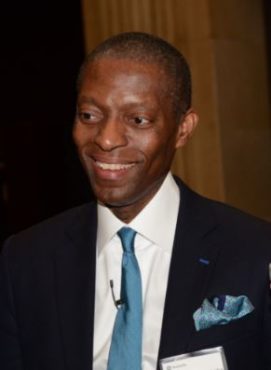 Moses Ojeisekhoba, CEO of Reinsurance for Swiss Re

Looking at Canada and elsewhere, “I think the answer in most places is that’s not the case.”

It is important to remember “the difference between a disaster of that sort happening and you waiting for the government to try and bail you out in the period of time it takes for them to help you build and for you to try and get your life back together is not quite 100%,” he pointed out.

Noting that the process is cumbersome, taking years, governments will tend to spend most of their time on post-disaster relief as opposed to mitigation, Ojeisekhoba said.

To help enhance mitigation efforts, he suggested two things can be done. “One, you do different things to try to mitigate, where you can actually mitigate; the other is you put in place products that allow you to get back on your feet much quicker,” he said.

“That has a direct correlation with economic activity in the respective locations that these disasters hit,” Ojeisekhoba added.

“Governments need to respond swiftly in the wake of a disaster, when infrastructure is compromised,” Scotti told attendees.

“Pre-disaster financing is often a viable solution. It makes funds immediately available to activate emergency responders and speed recovery. Without this type of financing, the cost of recovery is borne by the taxpayer to make up revenue shortfalls, and other critical services are often reduced or eliminated,” she noted.

There is a ‘consumer disconnect in Canada, whereby “people assume their homeowners policy covers earthquake and there’s a misunderstanding that the government will come to the rescue, but we all know funds are limited,” Scotti said.

With that in mind, she said Swiss Re is scheduled to release a report on Canada’s earthquake risk sometime during 2017 Q2.

Beyond illustrating “the magnitude of the peril in hopes of rallying stakeholders to take concrete steps,” Scotti said, “the report will look at government intervention in past disasters, showing us possible best practices as well as pitfalls to avoid.”