Industry insured losses from the Fort McMurray wildfire that began May 1 and is still being fought today is estimated at $4.4 billion to $9.0 billion, AIR Worldwide reported late Monday. 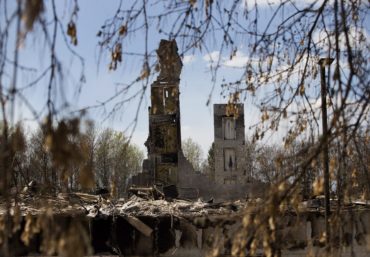 The devastated neighbourhood of Abasand is shown in Fort McMurray, Alta., on Friday, May 13, 2016. A wildfire left a swath of destruction last week. THE CANADIAN PRESS/Jason Franson

The catastrophe modelling firm notes the estimate reflects insured physical damage to residential and commercial property (structures and their contents, and auto) and direct business interruption losses (except for those related to the oil industry).

That said, a number of losses are not reflected in the estimate. Costs not taken into account include losses to uninsured properties, land, the energy and timber industries, infrastructure, and CAR/EAR, marine hull or marine cargo lines of business, as well as indirect business interruption losses, loss adjustment expenses or demand surge – the increase in costs of materials, services and labour as a result of increased demand following a catastrophic event.

“The range in AIR’s loss estimates reflects uncertainty in the payment of additional living expenses resulting from mandatory evacuation of the city’s population, loss of some individual structures outside of the most affected neighbourhoods, as well as widespread, but lower levels of loss due to smoke, loss of electricity and damage from suppression efforts,” the statement notes.

Current information suggests 2,400-plus structures have been lost, roughly 10% of the total, AIR Worldwide reports. “Downtown Fort McMurray apparently experienced little damage, and Gregoire and Saline Creek to the south appear to be unscathed. The western side of Wood Buffalo and the neighbourhoods of Beacon Hill, Abasand Heights and Waterways south of the downtown area, however, have suffered catastrophic losses,” the press release states. 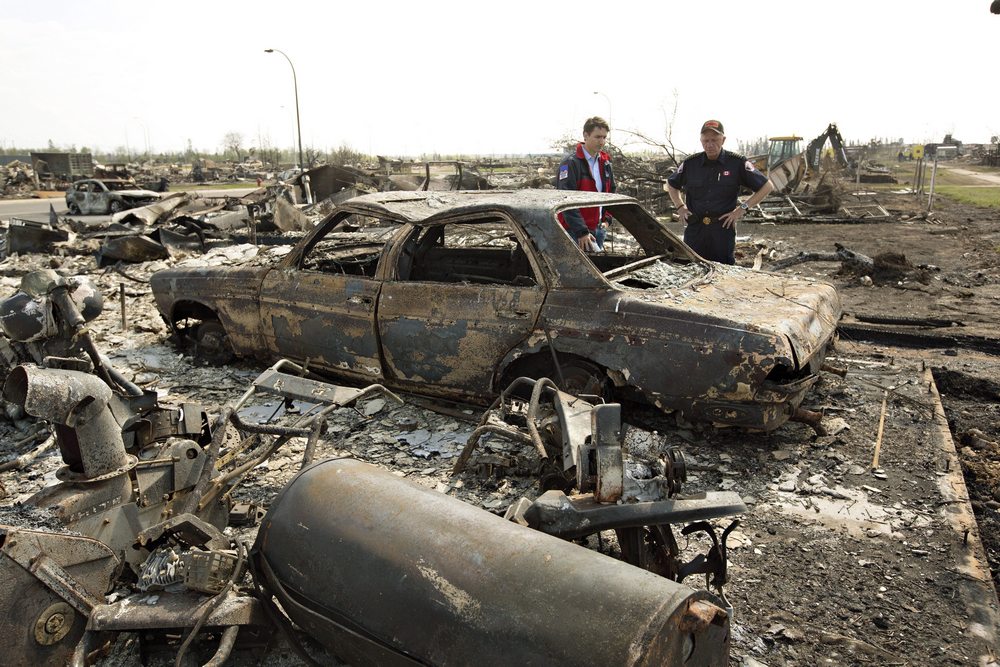 Prime Minister Justin Trudeau, left, and Fort McMurray Fire Chief Darby Allen look over a burnt out car during a visit to Fort McMurray, Alta., on Friday, May 13, 2016. THE CANADIAN PRESS/Jason Franson

AIR Worldwide’s analysis shows losses will be dominated by residential losses, with several neighbourhoods experiencing catastrophic loss. The estimates of insured losses are based on assumptions of almost 100% take-up rates.

Loss estimates are based on AIR Worldwide’s high-resolution Industry Exposure Database (IED) for Canada and damage ratios estimated from satellite imagery and experience from claims adjustments for historical wildfires in the United States. “IED exposure values included in loss estimates have been trended to January 1, 2016,” the company points out.

Officials are still in the early stages of assessing the damage in Fort McMurray, the statement notes. Nonetheless, the loss estimate would make the Fort McMurray wildfire the costliest natural disaster in Canada’s history, it adds.

The wildfire starting May 1 spread rapidly through forest to elevated neighbourhoods, quickly outpacing local firefighters’ capacity to contain the blaze, AIR Worldwide reports. “As of Saturday, May 14, the fire was uncontained and covered nearly 600,000 acres, mainly in wildland and away from population centres,” the company notes, adding that firefighting crews were still trying to douse fires in the northern part of the city. Winds have eased and temperatures have cooled and a possible shower should help firefighting efforts.

The airport continues to be used only for wildfire aircraft operations, and is closed to commercial and private aircraft until further notice.