AIR Worldwide has released what the catastrophe risk modelling firm calls the industry’s first crop hail model to provide stakeholders across the crop insurance value chain with a probabilistic view of the effects of hail on Canadian crops. 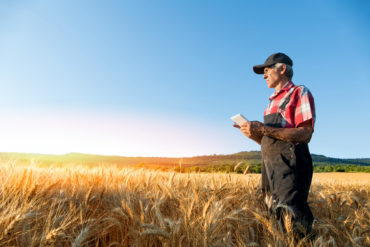 These simulated events include not only records of past hail events and weather patterns, but also incorporate “extreme, but realistic events outside the historical record that could have occurred given daily atmospheric conditions experienced during recent years,” notes a statement Monday from AIR Worldwide, a Verisk Analytics business.

With that information, AIR Worldwide notes that “insurers and reinsurers are able to assess the likelihood of a wide range of losses, including larger losses than have been experienced by the industry, providing a complete view of risk to crop hail portfolios.”

Related: Crop insurance coverage levels in Saskatchewan increasing to a record $217 per acre this year

In addition, the model considers the unique impacts that hail can have on various types of crops, including barley, canola, corn, flax, lentil, oats, pea, potato, soybean, and wheat. Losses to all other Canadian crops are modelled implicitly.

“Hail is a significant peril in Canada, causing damage to crops as well as to property and vehicles,” Ken Doleman, president and CEO of Palliser Insurance Company, says in the AIR Worldwide statement.

Doleman’s view is that the model “will help us make better underwriting decisions and model our portfolios more reliably. As a result, we can provide the best hail policies to protect the farm customer’s hard work.”

“The continuity will be particularly useful for insurers and reinsurers that underwrite exposures in both the U.S. and Canada, and for brokers that prepare submissions for companies in both countries,” Amthor points out.

“Although straight hail insurance policies are currently written only for the Canadian Prairie provinces, the model accounts for six other Canadian provinces with crop exposure,” he adds.