Alberta Energy has announced that it is conducting a review of old oil and gas wells and facilities and their associated liabilities. 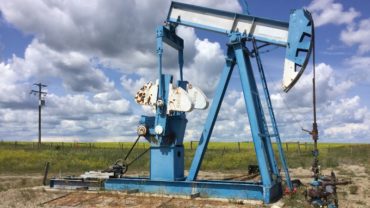 The province is working with industry and experts to find ways to better protect Albertans and the environment by improving policies for managing old facilities, Alberta Energy explained in a press release earlier this week. Subject matter experts and key stakeholders will take part in roundtable discussions on improving the management of historic, current and future liabilities associated with the full life cycle of upstream oil and gas development. The review will focus on further protecting Albertans and the environment, while keeping Alberta a competitive place to invest, Alberta Energy said.

“Albertans are concerned about the growing problem of orphaned and aging oil and gas infrastructure,” Margaret McCuaig-Boyd, Minister of Energy, said in the release, referring to “a well or facility confirmed not to have anyone responsible or able to deal with its closure and reclamation.” McCuaig-Boyd added that “many landowners are directly affected by this, and it’s a problem that has been ignored for far too long. It’s important we take action and find the best way to improve the system and ensure these sites are managed responsibly.”

Diverse perspectives will be at the table to help inform policy discussions, including representation from industry, landowners, environmental groups, municipalities and Indigenous communities, the release said. The review is expected to be complete by the end of 2017.

Brad Herald, chairman of the Orphan Well Association (OWA), said that the association believes “it’s critical to open the dialogue with Albertans and jointly develop a framework that improves the management of unproductive upstream oil and natural gas assets. As part of our commitment, we will take part in that conversation and support solutions to improve policy and manage these liabilities.”

Added Al Kemmere, president of the Alberta Association of Municipal Districts & Counties: “Rural landowners and municipal districts have many concerns surrounding this issue. We’re pleased to see government is beginning its review and look forward to learning more about how we can address it.”

According to Alberta Energy, the province has an estimated 180,000 active wells, 83,000 inactive wells and 69,000 abandoned wells. Inactive wells or facilities are defined as those were “activities have stopped due to technical or economic reasons.” Not all sites in this category are orphaned, as many may be reopened and produce again at a later date. An abandoned site is permanently dismantled (plugged, cut and capped) and left in a safe and secure condition.

As of March, OWA reported an inventory of 2,084 orphaned wells to go through closure activities (1,394 to be abandoned, 690 to be reclaimed). OWA closed 185 wells last year.