EDMONTON – The Alberta government has introduced legislation to better define roles and responsibilities for decision-makers when natural disaster strikes. 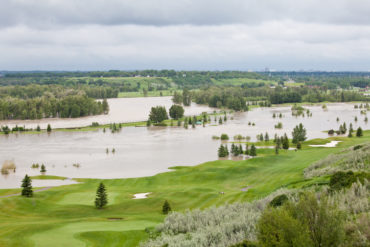 Anderson’s bill will be used as the basis for further discussion this summer before coming back to the house for debate and vote in the fall.

It’s in response to a number of recent catastrophic events in Alberta, including the 2013 southern Alberta floods and the wildfire in 2016 that forced people from their homes in Fort McMurray.

Under the proposed legislation, municipal officials will remain the ultimate decision-makers during a natural disaster unless the province declares a state of emergency.

The bill will also clarify that anyone who refuses to leave an area in an emergency must accept the responsibility and liability for their actions and could also be fined $10,000.

“In the past 10 years, Alberta has seen an increasing number of severe natural disasters, which brought significant impacts on personal lives and property,” Anderson told the legislature Tuesday as he introduced the bill which amends the Emergency Management Act.

“Unfortunately, we expect this trend to continue and we all need to be better prepared.”