The province of British Columbia announced on Friday that it is committing nearly $1.5 million toward a flood mitigation project in East Kootenay.

The $1.47 million in funding will go toward a flood mitigation project near Fairmont Hot Springs that will “protect the important economic area from flood damage,” the B.C. Ministry of Transportation and Infrastructure said in a press release on Friday. The announcement was part of the public safety funding announced in the 2016 provincial budget. 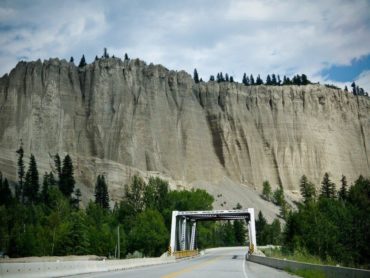 The $1.47 million in funding will go toward a flood mitigation project near Fairmont Hot Springs that will protect the important economic area from flood damage. Photo: Government of British Columbia.

The release noted that the project builds on earlier work done by the Regional District of East Kootenay to widen the Fairmont Creek channel following significant debris flow events in 2012 and 2013 triggered by high water levels that impacted residences and businesses. The 2012 event forced the closure of the highway and Fairmont Hot Springs Resort and cut off access to a RV campground.

The first phase of the project was completed this spring and the $467,330 project was one-third funded by Emergency Management BC. In phases two and three, now being funded by the province, the capacity of Fairmont Creek will be expanded upstream, debris barriers will be installed and the size of the culvert on the campground road will be increased. As well, a rainfall gauge and early-warning system will be installed at the 1,500-metre level of the Fairmont Creek watershed, located on the eastern slopes of the Columbia River valley, about 100 kilometres north of Cranbrook.

These actions will help to capture material upstream and reduce flooding at lower levels, including areas of the Mountainside Golf Course, and improve the capacity of the creek and culverts to prevent flooding. “As a result, the project will help protect public safety, minimize damage to public and private infrastructure and protect the local tourism economy from business losses caused by flooding,” the release said. The value of assets being protected by the project is estimated at $236 million.

Leading up to 2016 budget, B.C. has invested significantly in flood mitigation and prevention. Since 2008, the province has invested in 156 projects worth a total of $145 million: $62 million has been provided provincially, $46 million federally, and $37 million in funding from the local authorities.

Bill Bennett, the province’s Minister of Energy and Mines and MLA for East Kootenay, said in the release that “anyone who remembers the 2012 debris flow can attest to the damage that Mother Nature can exact in mere minutes. While that was a rare event, it brought heightened awareness to the need to take action for the future.”

“Anything we can do to identify and diminish risk is a step in the right direction,” Minister of State for Emergency Preparedness Naomi Yamamoto added. “That’s why our government is investing in flood mitigation projects across the province. We are happy to work collaboratively with communities to help limit the risk our citizens could be exposed to in the unfortunate event a disaster strikes.”