CALGARY – Alberta’s premier says it’s possible a proposed reservoir to protect Calgary from floods will have to go back to the drawing board if federal regulators say no or court delays persist.

Opponents of the dry reservoir at Springback, just west of Calgary, presented 842 signatures against the project during a meeting Monday with United Conservative MLA for Banff-Kananaskis, Miranda Rosin.

The location has drawn the ire of community members in Redwood Meadows, landowners in Springbank, the Municipal District of Rocky View and the Tsuut’ina Nation.

The reservoir was identified as a priority after severe flooding that washed through Calgary and area in 2013. 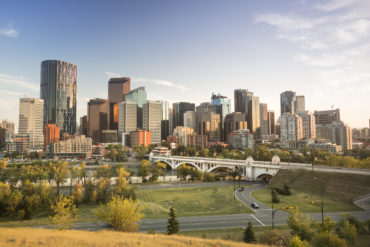 It has taken years for regulators to review the current Springbank Dam proposal and there’s still no answer.

“Turns out the NDP had failed to submit thousands of documents to the federal environmental regulator. We’ve done that,” said Kenney at a media availability Monday.

“We’re going to have to follow this closely because there are alternative proposals. And if it looks like the feds are not going to give approval or there is no timely way to resolve the First Nations objections, then we will have to look at other projects.”

If legal barriers to the dam become insurmountable, it would be preferable to go back to Square 1 rather than endure 10 years of endless court litigation, he said.