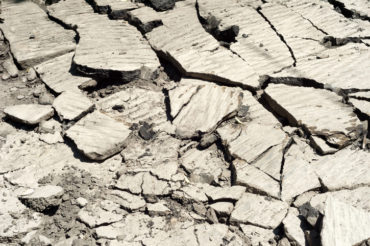 The report, titled Strong Finish: PCS FY2016 Catastrophe Bond Report, was released on Wednesday. It noted that three cat bonds last year covered risks in Canada: Galileo Re, Atlas IX and Galilei Re. The first two came to market in the first quarter, with Galilei Re completed in the fourth quarter of the year. Together, they brought $1.4 billion in capital to market (including non-Canadian risks) and all three used the PCS Catastrophe Loss Index for the United States and Canada.

According to the report, in both 2014 and 2015, three transactions included Canada, with approximately $1.1 billion in capital raised each year. In 2015, all three had index triggers and used PCS for the United States and Canada; in 2014, one of the three had an indemnity trigger.

Overall, the report noted, the fourth quarter tends to see robust cat bond issuance, and 2016 was no exception. Sponsors completed nearly US$2 billion in issuance, much of it coming from Galilei Re. Three of the quarter’s four transactions exceeded US$200 million, showing a continued trend toward larger cat bonds by experienced sponsors. “As a result, the fourth quarter was nearly as active as the same period in 2014 and up significantly year over year,” the report said. “Total issuance fell slightly from 2015 and remains well off the 2014 result of nearly US$8 billion.”

PCS also reported data from the Artemis.bm Deal Directory, which noted that insurers and reinsurers completed US$5.6 billion in catastrophe bonds in 2016, down slightly from 2015, but following a 23% decline from 2014 to 2015. Sponsors completed 20 transactions last year, down from 24 in 2015, but a larger average size accounted for some steadiness in capital raised year over year.

Regarding the cat bond lite market, it was silent in Q4, although issuance activity for the year was fairly robust. Ten transactions came to market, representing US$420 million in new limit. This is consistent with 2015, during which there was no Q4 cat bond lite issuance. Ultimately, 2015 ended with US$490 million in cat bond lite. “Although use of this approach declined in 2016, there was still sufficient use to demonstrate the health and utility of this streamlined approach to securitization,” the report said.

In the third quarter, the fourth Market Re transaction of the year brought US$75 million in fresh capacity. It was the second Market Re cat bond lite of the year to top US$70 million (in addition to a Resilience Re transaction that exceeded US$80 million). The other three Q3 cat bond lites came from the Dodeka platform. Together, Dodeka V, IX, and X amounted to US$47.4 million.

By capital raised, indemnity triggers were most common in 2016, due largely to the size of the transactions that used them. Nearly US$320 million of the cat bond lite limit raised used indemnity triggers, with index triggers accounting for US$71.4 million.

“The continued strong use of cat bond lite indicates that the market has seen the value of securitization for private transactions in conjunction with a streamlined issuance process,” PCS said in the report. “And the structure, rigour, and discipline involved in issuing through a cat bond lite platform may give this form of issuance an edge over private catastrophe bonds.”

Interest is growing in the cat bond lite structure across the market, PCS continued, with the greatest opportunities for traditional insurers and reinsurers seeking to securitize industry loss warranties and other risk-transfer instruments.

According to the report, the PCS team reviews about 60 events in North America every year that have the potential to become catastrophes. In 2016, the team designated 54 cats: 43 in the U.S., nine in Canada and two in Turkey.