Cat bonds with coverage for Canada in the first half of 2017 totalled $2.7 billion: PCS

Sponsors completed six catastrophe bonds with coverage for Canada in the first half of 2017, raising $2.7 billion through transactions that included Canada, Property Claim Services (PCS) said in its PCS H1 2017 Catastrophe Bond Report. 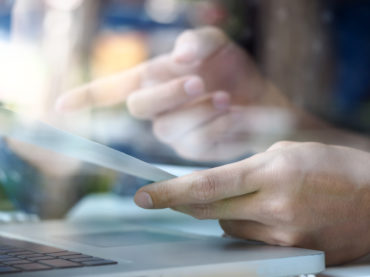 The first cat bond, coming in the first quarter of the year, was the second of two Galilei Re transactions, raising $525 million in capital. In the second quarter, two Kilimanjaro Re issuance included coverage for Canada, with $1.25 billion in aggregate limit, followed by Spectrum Capital at $430 million and Northshore Re at $350 million. As well, Riverfront Re included Canada in an indemnity-triggered transaction using PCS for independent catastrophe designation. “In all, sponsors raised $2.7 billion through transactions that including Canada, the most robust year in catastrophe bond market history,” the report said.

PCS launched its core service in Canada in late 2009, marking the company’s first operation to estimate cat losses outside the United States, Puerto Rico and the U.S. Virgin Islands. PCS reported that it has designated more than 50 cat events in Canada since the inception of the service: nine came in 2016, including the Fort McMurray wildfire, with four so far in 2017.

Overall, the cat bond market “saw a show of brute market force” in Q2 2017, PCS said. Following a record-setting first quarter, cat bond issuance activity surged even further. Sponsors completed 21 transactions and raised an “eye-popping” US$6.5 billion, the report said. That brought first-half totals to 29 transactions and nearly US$8.8 billion in new limit. “To put this in perspective, the first half of 2017 was larger than the largest full year in catastrophe bond market history – and the second quarter alone would be among the top five years,” the report said.

While transactions came from experienced sponsors, there were four debut issuances, PCS reported. Fourteen were small transactions (US$200 million or less) and the remainder ranged in size from US$200 million to US$950 million. Two nearly reached US$1 billion each. The report also noted that three sponsors accounted for more than US$2 billion in capital raised in the second quarter, and since the beginning of the year, US$3 billion came from only five. Since the beginning of the year, 14 transactions have come from transactions of less than US$200 million, showing that a handful of larger cat bonds have “made a difference.”

The approximately US$8.8 billion in cat bonds in H1 2017 sponsored by insurers and reinsurers was up a staggering 213% year-over-year, the report said, quoting data from the Artemis.bm Deal Directory. Sponsors completed 29 transactions – up from only 14 in H1 2016. Average transaction size climbed significantly (51%) to US$303 million due to the disproportionate effects of one of the two Kilimanjaro Re transactions and Ursa Re, not to mention five other transactions of at least US$400 million, the report said.

By geographical location, 27 of the 29 cat bonds completed so far this year had exposure to North America. Galilei Re includes Europe and Australia, while Lion II covers Europe only and Aozora Re covers Japan.

Use of PCS data in first-half cat bond climbed significantly year-over-year. From US$1.7 billion in H1 2016, use surged to US$4.5 billion in H1 2017, an increase of more than 170%. Five used the PCS Catastrophe Loss Index (US$2.6 billion), with another seven using PCS for independent cat designation (US$1.9 billion). Torrey Pines Re, using the latter structure, comes from a first-time cat bond sponsor, the report said. And the first of two Sanders Re transactions has a hybrid structure, with both the PCS Catastrophe Loss Index and PCS for independent cat designation.

Cat bond lite also continued, with sponsors completing nine cat bond lite transactions to raise US$357 million in the first half of 2017 (six in the second quarter), the report said. Last year saw six cat bond lites completed as well, although with US$300 million in aggregate limit.