Catastrophes likely to have “muted” effect on Canadian reinsurance pricing

Reinsurance rates in Canada will likely not decrease and there may be some “upward movement in certain regions” following the historically massive catastrophes in the third quarter, MSA Research president and CEO Joel Baker suggested Monday. 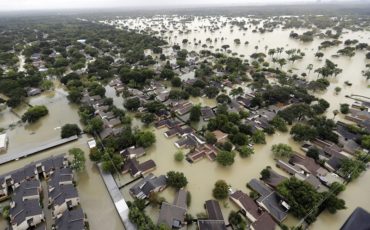 FILE – In this Tuesday, Aug. 29, 2017 file photo, water from Addicks Reservoir flows into neighborhoods as floodwaters from Tropical Storm Harvey rise in Houston. The chances of a hurricane drenching Texas, like Harvey did, have soared six fold in just a quarter century with global warming and will likely triple once again before the end of the century, says a new study published Monday, Nov. 12, 2017, in the Proceedings of the National Academy of Sciences. (AP Photo/David J. Phillip, File)

The catastrophes – including Hurricanes Maria, Irma and Harvey and the Mexico earthquakes – are expected to cost the insurance and reinsurance industries at least US$100 billion.

Baker said the catastrophes will have an impact on renewals south of the border, although there is still plenty of capacity globally from both the traditional reinsurance market as well as on the insurance-linked securities side.

“We expect that the impact on Canadian risks will be more muted,” Baker told Canadian Underwriter. “The global stress on the reinsurance industry will likely ensure that rates will not go down in Canada and that there may be some upward movement in certain regions.”

In Canada, capacity appears to remain ample. “Canadian insurers are fortunate that 2017 was relatively benign from a cat perspective here. It would be a totally different story if the Fort Mac fires happened this year rather than in 2016,” Baker said, referring to Canada’s costliest natural disaster at nearly $4 billion in insured losses.

Tom Johansmeyer, assistant vice president and co-head of Property Claim Services, a Verisk Analytics business, said it’s always difficult to predict the impact of a busy catastrophe year on reinsurance rates, particularly for loss-free programs and regions and lines of business outside the affected area.

“While direct loss experience seems more likely to affect the renewal, the big question around the world will be whether a series of hurricanes and wildfires in the United States – coming in rapid succession – will be sufficient to move the global market rather than just U.S. property-catastrophe,” Johansmeyer told Canadian Underwriter.

Ratings firm A.M. Best Company and reinsurers Swiss Re and Munich Re declined to comment on reinsurance pricing rates.

Last week, the Office of the Superintendent of Financial Institutions (OSFI) suggested that increases in natural catastrophe and the price of reinsurance could also drive up the price of insurance products in Canada.

“Our concern is in the longer run, we’ll see increases in the price of reinsurance, which will increase the price of products in Canada,” said Neville Henderson, assistant superintendent of the insurance supervision sector of OSFI on Nov. 28 at KPMG’s Annual Insurance Conference in Toronto.