As Tropical Storm Irma moves north through Florida, a group whose members include insurers is urging American politicians to reform the National Flood Insurance Program, which expires Sept. 30. 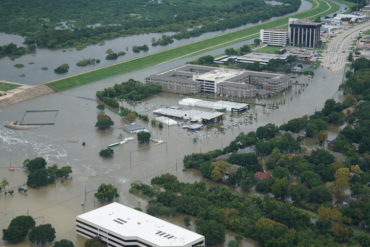 SmarterSafer announced Sept. 7 it “continues to support a reauthorization of the National Flood Insurance Program linked to substantive reforms,” including a move “toward risk based rates.”

The U.S. National Weather Service reported Monday that Irma was northwest of Hardeetown, Fla. as of 1:30 p.m. As of midnight Sunday, the storm was producing hurricane-force winds near Tampa but has since been downgraded to tropical storm status.

AIR Worldwide said Monday it estimates insured losses from Irma will range from US$20 billion to US$40 billion. Irma initially made landfall in Cuba, before making more landfalls in Florida, AIR Worldwide reported.  As of Monday afternoon, Irma had sustained winds of 30 to 40 miles per hour with gusts up to 100 mph, National Weather Service reported, adding it was forecasting the storm would move northwest through Georgia, Alabama and Tennessee. The National Weather Service was warning Monday of “life-threatening storm surge flooding along portions of the coasts of Florida, Georgia and South Carolina,” and predicting “significant river flooding” this week in the Florida peninsula and southern Georgia.

NFIP “was created in 1968 to provide flood coverage to consumers who were unable to get coverage from the very limited private market,” Emanuel Cleaver of the U.S. House of Representatives said last year during a hearing of the insurance and housing subcommittee of the House Financial Services Committee.

In June, 2016, Standard & Poor’s Financial Services LLC reported that NFIP is “now indebted to the U.S. Treasury to the tune of $23 billion, most of which it borrowed after Hurricane Katrina” in 2005. Hurricane Katrina alone “cost the NFIP $16.3 billion,” S&P said in the report, Privatizing U.S. Flood Insurance: A Trickle-Down Effect, Or Opening Floodgates?

In order to qualify for flood insurance under NFIP, the property must be in a community that has joined the NFIP and agrees to enforce sound floodplain management standards. In some cases, NFIP premiums are subsidized. The NFIP expires Sept. 30 and could be extended if legislation is passed into law.

In June, the Sustainable, Affordable, Fair, and Efficient (SAFE) National Flood Insurance Program Reauthorization Act of 2017 was tabled in the Senate and referred to the Banking, Housing, and Urban Affairs committee.

The following month, a similar bill was tabled in the House of Representatives and referred July 19 to the House Transportation and Infrastructure Subcommittee on Economic Development, Public Buildings and Emergency Management.

“The legislation would take concrete steps to improve quality and accountability in the National Flood Insurance Program,” stated Frank Pallone, who represents the 6th District of New Jersey in the House of Representatives, in a release. If signed into law by President Donald Trump, the bill would extend NFIP another six years, cap annual premium increases to 10% and fund new technology for mapping flood risk, Pallone stated at the time.

“We need to reauthorize the NFIP and use the opportunity to improve the program, make it more affordable, transferring more risk to the private sector at a lower cost, increase investment mitigation, modernizing flood mapping to produce greater accuracy, and improve the transparency and accountability of all the participants that operate and administer the program,” Bill Cassidy, one of two senators representing Louisiana, told the U.S. Senate June 6.

In future, NFIP premiums should “be based on actuarial rates” and rates that are currently subsidized “should be increased, in a phased-in manner, to reflect true risk,” SmarterSafer contends.

In 2014, Tom Marino – a Republican representing the 10th district of Pennsylvania – reported that one homeowner in Muncy complained that his flood insurance premiums were going to rise from $1,000 a year to more than $9,000. Muncy was among the communities hit by Hurricane Agnes in 1972 after the storm went inland and caused heavy rain inland.

Pennsylvania “has among the most incidents of flooding in our country, principally because there are so many riverine systems,” Cassidy told the Senate in June, 2017.

Until 1992 (when Hurricane Andrew hit southern Florida), Hurricane Agnes was most expensive natural disaster in U.S. history, the Susquehanna River Basin Commission reports, noting the Wilkes-Barre area of Pennsylvania suffered more than $530 million – in 1972 dollars not adjusted for inflation.