With Hurricane Matthew weakening and being downgraded, it is less likely it will reach the US$30 billion initial loss estimates offered by catastrophe modelling firms, said Gary Marchitello, head of property broking with Willis Towers Watson (WTW). 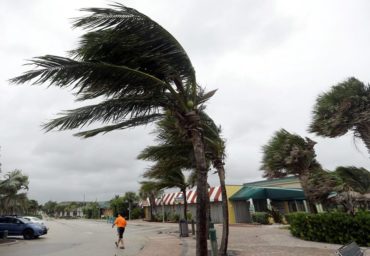 “The US$30 billion mark is really the tipping point, and anything less than this will not have a material impact on the market (due to ample capacity),” Marchitello said in a release on Friday.

Marchitello said in a separate statement on Thursday that although the commercial property market has been “flush with capacity for many years, the market is ripe for an opportunity to turn.” The event is creating some immediate challenges in the market. Specifically, insureds with East Coast wind exposure currently undergoing renewal will not be able to secure property coverage for any price during the storm. “There will still be upset for the next couple weeks, and underwriters will be skittish about renewing business until they calculate their losses. Anyone with the misfortune of renewing programs with East of Gulf coast exposures over the next four to six weeks will be challenged to secure property coverage at favourable terms.”

According to WTW, the centre of Matthew will be moving near or over the east coast of the Florida through Friday night, and near or over the coasts of Georgia and South Carolina on Saturday. Maximum sustained winds are near 209 kilometres per hour, with higher gusts. Although Matthew is a Category 4 hurricane, a “gradual weakening is forecast, but Matthew is expected to be a Category 3 or stronger hurricane as it moves near the coast of Florida.”

The Associated Press reported early Friday morning that Matthew left more than 280 people dead in its wake across the Caribbean. In Florida, more than 240,000 are without power.

Ratings firm A.M. Best Company noted in a statement on Thursday that even without a direct landfall, the storm will likely cause severe property damage along the Atlantic coast of Florida and potentially states north of Florida as well.

For rated entities, A.M. Best’s Credit Rating assessment includes a risk-adjusted view of overall capitalization that incorporates a reasonably severe event, as well as detailed analysis of insurer’s catastrophe reinsurance programs. “As catastrophic events have already been factored into the analysis, A.M. Best does not anticipate taking a significant number of rating actions associated with Hurricane Matthew,” the statement said.

A.M. Best noted that tropical storm activity in Florida has been relatively calm in recent years. Prior to 2016, the last direct landfall of a hurricane strength storm (winds greater than 120 km/h) in Florida was Hurricane Wilma, a Category 3 hurricane in 2005, though other tropical storms and passing hurricanes have impacted Florida with heavy winds, rain and storm surge in each year since. In September, Hurricane Hermine made landfall as a Category 1 hurricane in the Florida panhandle area, causing heavy flooding and river swelling in a modestly populated area but relatively modest insured losses.