CoreLogic estimates insured flood loss for homes affected by Hurricane Harvey at US$6.5 billion to US$9.5 billion

Insured flood loss for homes in Texas and Louisiana affected by Hurricane Harvey is estimated to be between US$6.5 billion and US$9.5 billion, according to preliminary loss estimates from CoreLogic. 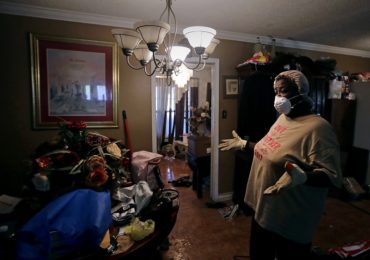 Irvine, Calif.-based CoreLogic, a global property information, analytics and data-enabled solutions provider, noted in a press release on Thursday that the insured flood loss estimate for affected homes in the 70-county area in Texas and Louisiana includes inland, flash and storm surge flooding. An additional estimated US$1 billion to US$2 billion in insured loss is attributed to damage from wind, CoreLogic added.

Residential uninsured flood loss for the same area is estimated to be between US$18 billion and US$27 billion, the release said, adding that as a result, an estimated 70% of flood damage from Hurricane Harvey is not covered by any insurance.

For insured flood loss covered by the National Flood Insurance Program (NFIP), the estimate is US$6 billion to US$9 billion, which includes inland, flash and storm surge flooding. More than 98% of residential flood insurance in the United States is provided through the NFIP.

The data also estimates insured flood loss from private insurers at less than US$0.5 billion. Insured flood loss represents the amount insurers will pay to cover damage and loss; this analysis includes residential homes, including contents, and does not include commercial, loss of business or other broader economic loss from the storm.

On Wednesday, global risk modelling and analytics firm Risk Management Solutions, Inc. (RMS) reported that economic losses caused by wind, storm surge and inland flooding from the hurricane could be as high as US$70-90 billion. The majority of the overall loss in the preliminary estimate, which “is not the RMS official insurance loss estimate,” is likely to be from inland flooding in the Houston metropolitan area, where there are over seven million properties representing more than US$1.5 trillion in value, RMS said in a statement. The estimate includes damage to all residential, commercial, industrial and automotive risks in the area, as well as possible inflation from area-wide demand surge.

Early this week, catastrophe modelling firm AIR Worldwide estimated that Harvey-related winds and storm surge in Texas were expected to produce insured losses of between US$1.2billion and US$2.3 billion.

As of late Thursday, the death toll from the storm was 39 people. The Texas Department of Public Safety said that 37,000 homes were heavily damaged and nearly 7,000 were destroyed, figures that did not include the tens of thousands of homes with minor damage, the Associated Press reported.