A Grande Prairie, Alta.-area property owner who installed a basement door below the one-in-100-year flood line should replace it with a window above the flood line, the Alberta Court of Appeal has ruled, upholding efforts by the municipality to stop the owner from finishing construction of his home.

In 2007, Daniel Hildebrand got a permit from the County of Grande Prairie to build a new home on his property. By 2010, the home was near completion. However, a door leading from Hildebrand’s basement to a patio was built below the one in 100-year flood level, the Court of Appeal noted in its ruling released Feb. 7, 2018. 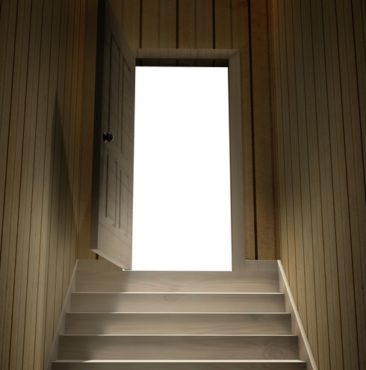 “The County suggests that the walkout basement was not part of the original construction plans,” the Alberta Court of Appeal wrote in its unanimous ruling in Grande Prairie (County No. 1) v Hildebrand. This ruling upholds a 2017 ruling by Justice Eldon Simpson of the Court of Queen’s Bench in favour of the County of Grande Prairie.

The county had issued two orders (one in 2010 and one in 2013) ordering Hildebrand to stop construction on his property over concerns of flood risk. The Alberta Municipal Government Act gives development authorities the power to order owners to stop building if they find that the use of the land does not comply with a development permit.

In 2010, Grande Prairie’s Subdivision and Development Appeal Board ruled that Hildebrand should be issued a development permit with the condition that he replace the basement door with a window.

Hildebrand had several disputes with the county in court. For example, he argued that a permit application he made in June of 2010 was to renew and earlier permit and not to seek a new permit. For its part, the county had argued that it issued a stop order in March of 2010 because perceived “deficiencies” had not been rectified within two years of issuing the building permit and therefore the permit had expired.

Hildebrand  also argued that the Subdivision and Development Appeal Board decision issued in December of 2010 “should be taken to have permitted every feature of the residence as he had already constructed it under the original permit,” the Court of Appeal noted.

But the Court of Appeal ruled that Hildebrand “was not entitled to a development permit which dispensed with every condition set out” by the Subdivision and Development Appeal Board.

The county had issued a stop order in 2013 on the grounds that Hildebrand was not complying with the December, 2010 ruling of the Subdivision and Development Appeal Board. The following year, the county and Hildebrand took their dispute to court.

The county had registered a “caveat” – essentially a land registry document – on Hildebrand’s property in 2013, in support of the stop order. Hildebrand sent a “Take Proceedings on a Caveat” notice to the county.