In a fire insurance claim, the courts recognize that “the need to rebuild premises which more closely resembled the original” is critical in triggering coverage for replacement value rather than actual cash value, Dutton Brock LLP suggested in a bulletin released Tuesday. 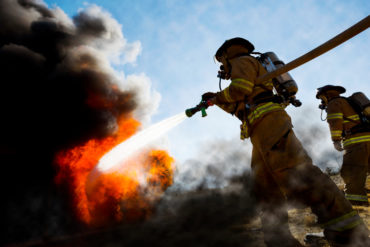 On Dec. 6, the Court of Appeal for Ontario released a ruling in favour of Intact Insurance, which wrote a policy on an Ottawa property damaged in 2011 by fire. The owners – Helene Carter, Edmond Blais and Donald Givogue – took Intact to court after the insurer paid $3.9 million for actual cash value rather than the $5.73 million replacement value determined by arbitration.

The case is indexed as Carter v. Intact Insurance Company.

In addition to agreeing to only pay actual cash value, Intact also declined to pay for building code upgrades, determined during arbitration to be worth in excess of $500,000.

The existing buildings – the tallest of which was two storeys – had a combined total of 15 residential units and 13 commercial units for rent, Mr. Justice Kevin Phillips of the Ontario Superior Court of Justice wrote in 2015.

On the site of the fire, the owners were planning to build an 8-1/2-storey condo building with 129 units, two-level underground parking garage and elevators, with 193,694 square feet in physical size, at an estimated cost of $30 million.

“Collectively, the insured buildings had above ground usable square footage of 36,730 square feet,” Justice Phillips wrote, adding they had no underground parking garage and no elevators.

The insureds argued that “though they are constructing a different and much larger building, that should be of no concern to Intact, because its liability is limited by the definition of ‘replacement cost’ in the policy,” wrote Mr. Justice John Laskin of the Court of Appeal for Ontario.

The insureds argued, among other things, that “just because replacement includes construction with new property of like kind and quality does not mean that it can only mean that,” Justice Phillips wrote.

In ruling in favour of Intact, Judge Phillips wrote that the “principal method by which moral hazard in this context is minimized is the expectation by both parties that lost property would be rebuilt with new property of like kind and quality.”

He also ruled that the 8-1/2 storey condo proposed at the time was not of “like kind and quality” to the damaged buildings.

The Court of Appeal for Ontario agreed, in a ruling released Dec. 6, 2016.

“The fact that the definition of ‘replacement’ in the policy could have theoretically included building a brand-new building (such as owners’ condominium in this case) completely ignore the plain meaning of the terms ‘like kind and quality'” Dutton Brock wrote in its bulletin issued Dec. 20. “The need to rebuild premises which more closely resembled the original was fundamental to attract replacement coverage.”

The Court of Appeal for Ontario also “recognized that the appropriate standard of review was correctness which affords a lesser degree of deference to the motion judge because they were looking at a standard provision in a property insurance policy,” Dutton Brock noted.

Justice Laskin noted that the standard of review actually did not matter in the Carter case because the Court of Appeal noted that the Ontario Superior Court of Justice correctly interpreted the meaning of replacement.

But in Carter v. Intact, the standard of review would likely be correctness because “the definition of ‘replacement’ is likely a standard provision in property insurance policies,” Justice Laskin added, citing the Supreme Court of Canada ruling, released Sept. 15, in Ledcor Construction Ltd. v. Northbridge Indemnity Insurance Co.

“The interpretation of contracts has evolved towards a practical, common-sense approach not dominated by technical rules of construction,” Justice Marshall Rothstein wrote in Sattva, adding the “overriding concern is to determine the intent of the parties and the scope of their understanding.”

The Supreme Court of Canada, in Sattva, ruled the standard of review on appeal of a breach of contract ruling was reasonableness rather than correctness. But in Ledcor, the court recognized an exception to that rule.

For standard form contracts, “the surrounding circumstances generally play less of a role in the interpretation process, and where they are relevant, they tend not to be specific to the particular parties,” Justice Wagner wrote in 2016 in Ledcor. “It would be undesirable for courts to interpret identical or very similar standard form provisions inconsistently, without good reason.”

More News
Related
Exclusion clause for ‘conversion’ in comprehensive auto policy ‘does not come close’ to being easily intelligible: Court
Supreme Court of Canada will not hear appeal from insureds seeking replacement cost instead of actual cash value in fire claim
How legalizing pot will affect your insurance policies
Tenant’s insurer not liable for subrogated home fire claim arising from vehicle repair