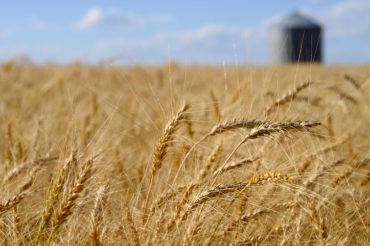 A joint press release from Saskatchewan Crop Insurance Corporation (SCIC) and Agriculture and Agri-Food Canada on Thursday said that the improved coverage is a result of the continuation of strong forecasted crop prices and increased long-term yields. However, due to an increase in coverage, the premium per acre is going up to an average of $8.51 per acre from $7.84 per acre in 2016.

Federal Agriculture and Agri-Food Minister Lawrence MacAulay and Saskatchewan Agriculture Minister Lyle Stewart announced details of the 2017 Crop Insurance Program, saying in the release that the program “continues to strengthen and provide effective risk protection for Saskatchewan farmers and ranchers.”

The effectiveness of the program for farmers was evident in 2016. “A challenging growing season that included many storms and excess moisture across the province stretched into a delayed harvest,” the release said, adding that “quality downgrading” occurred to many crops and approximately 1.3 million acres of crop was unable to be harvested last fall.

While crop insurance claims will be finalized into spring, the compensation for producers’ yield and quality losses due to last year’s challenging growing season is estimated to reach $650 million; however, more than $300 million was delivered before the end of 2016.

The Crop Insurance Program includes individualized coverage for each farming operation. SCIC also provides a range of coverage options and program features that allow each farm to personalize their insurance.

“Crop insurance remains the most cost effective tool farmers have to protect their farm business against weather related damage to their crops,” MacAulay said in the release. “The Government of Canada is working closely with provinces and territories to ensure producers continue to have access to a comprehensive suite of business risk management programs.”

The release pointed out that changes to a crop insurance contract or new applications need to be made by March 31. Under crop insurance, premiums for most programs are shared 40% by participating producers, 36% by the Government of Canada and 24% by the Government of Saskatchewan. Administrative expenses are fully funded by governments, 60% by Canada and 40% by Saskatchewan.

More News
Related
Federal investment will help Manitoba farmers predict the effects of flood and drought on farmland
Insured losses from Japan earthquakes in April could be between US$1.7 billion and US$2.9 billion
Change in exposure driving widening gap between insured, economic losses following disaster events
Insured losses from Hurricane Hermine will likely not exceed US$400 million: RMS