The two cyclones that pounded New Zealand in April have spurred insured costs of NZ$84 million to date, setting the stage for what could become one of the most damaging year in recent years and leading to wrong-headed government actions to increase the cost of insurance, argues the Insurance Council of New Zealand (ICNZ).

“We’re not even half way through 2017 and well on the way to one of the most damaging in recent years for extreme weather events,” ICNZ chief executive Tim Grafton says in a statement.

Debbie and Cook bring flood losses for significant weather events in 2017 to NZ$135.5 million. House/contents and commercial claims make up the lion’s share of claims. 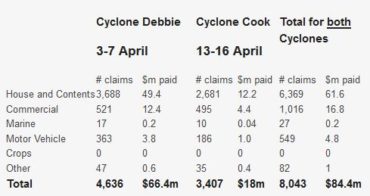 “The weather bombs we’ve had this year highlights the importance insurance plays when disaster strikes,” Grafton maintains. “In towns such as Edgecumbe, where there are significant numbers of residents not insured, the government is sending all the wrong signals by increasing the cost of insurance,” he contends. 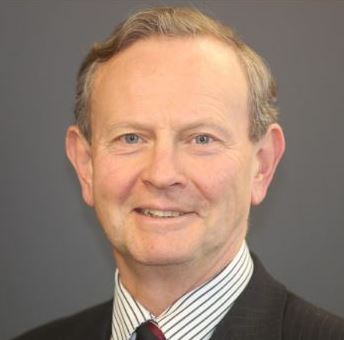 “Major increases in taxes and levies on people who insure their homes could see low-income households not able to protect themselves from disasters,” Grafton (pictured right) suggests.

“Hikes in the earthquake and fire service levies means people with house and contents insurance will be taxed over NZ$450 annually without even counting the 15% GST applied to the premium that the insurer charges,” he points out.

In a late-May statement, Grafton noted that “by the end of this year, households will see the levies and taxes on people who insure themselves skyrocket. From July 1, there will be a 40% increase in the levy used to fund the fire service which everyone benefits from, not just the insured.”

As for the Earthquake Commission of New Zealand (EQC), he said, there will be a 33% increase in the EQC levy applied to house insurance from Nov. 1.

“If fewer people insure, that will not only put upward pressure on the cost of insurance and so create a downward spiral, but it will also create a moral hazard for the government. Does it help the uninsured and, thereby, encourage greater levels of non-insurance and under-insurance?” said Grafton.

“New Zealand is one of the most vulnerable countries in the world to natural disasters for its size. Insurance is vital in providing protection for people,” he emphasized.

Research commissioned by ICNZ shows that just 25% of surveyed citizens agree the country is well-prepared to minimize the economic and social costs of natural disasters.

PERILS AG reported in May that it puts its initial loss estimate for Cyclone Debbie at AU$1,116 million. The situation “underpins the need for reliable natural catastrophe insurance data for Australia,” Darryl Pidcock, head of PERILS Asia-Pacific, suggested.

More News
Related
Insured losses of New Zealand quake could be as much as US$3.5 billion: AIR Worldwide
Loss adjusting innovation emerging in light of insurance claims for forest fires: Cunningham Lindsey
Insured costs for Cyclones Debbie and Cook in New Zealand upgraded to NZ$109 million from NZ$84 million in June
Insured losses from Harvey’s wind, storm surge as much as US$2.3 billion: AIR Worldwide