Insurance rates decrease continued to moderate for third quarter in a row: Marsh

The third quarter of 2016 marked the third consecutive quarter that the rate of decline for global insurance rates has moderated by weighted average, Marsh notes in its newly released Global Insurance Market Index Q3 – 2016. 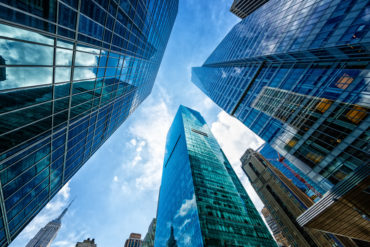 Pointing out that global insurance rates declined for the 14th consecutive quarter, the report explains “the continued availability of capacity in the insurance market has generally kept pricing stable to competitive in most lines of business and geographies worldwide.”

That said, “the rate of decline in property insurance moderated for the third quarter in a row,” notes the latest index.

The index is a proprietary benchmark of global commercial insurance renewal rates representing the world’s major insurance markets and comprising 90% of Marsh premium. It captures a rolling four-quarter view of rate movement.

A number of natural catastrophe events during the first half of the year have contributed to above-average catastrophe losses, amounting to US$27 billion of insured Cat losses for the first six months of 2016 compared to US$19 billion for the prior-year period.

This includes Hurricane Matthew’s insured losses for the United States and the Caribbean, currently estimated at US$1.5 billion to US$5 billion, the Fort McMurray wildfires in Canada, earthquakes in Ecuador and Japan, and flooding in the U.S. and continental Europe.

The U.S. accounts “for nearly a quarter of those global insured losses in the first half of 2016, due to US$8.8 billion in storm losses in Texas,” the index shows.

The report points out the rate of decline for property has moderated for the third quarter in a row, on average. This has been aided by the fact that although “global property insurance renewal rate decreases were generally larger than for other major coverage lines, the amount of surplus capacity has been moderating since the fourth quarter of 2015.”

The index shows insurance renewal rates worldwide remained competitive, although composite rate decreases slowed in both the U.S. and Asia Pacific during 2016 Q3.

Some specifics by region include the following: