OTTAWA – When municipal officials were told last year about new tools to help them map the risk of flooding in their communities, they immediately raised red flags, suggesting they wanted no part of it over concerns about legal liability and political backlash. 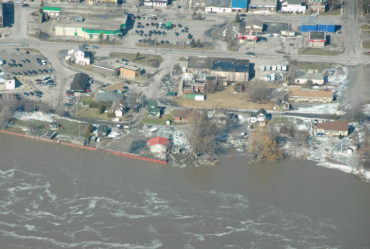 Details contained in internal government reports echo a narrative across the country that show just how wary some city leaders have been about mapping – and publicizing – flood risks in their communities.

As one municipal official put it, they fear releasing the information would force them to use the Tim Hortons drive-up window to avoid the ire of those inside the restaurant.

The stance has mystified insurance industry representatives and local leaders who have been pushing municipalities to use new mapping tools to identify risk areas and make that information public.

“The big business case for this is we can all pay a lot more for insurance and experience the disruption, or we can invest in the infrastructure and experience less disruption to the economy and to families and lower insurance premiums,” said Edmonton Mayor Don Iveson, head of FCM’s big city mayors’ caucus.

“We can learn from these disasters and actually model out where it would make sense to get ahead of the problem.”

The questions about what local officials don’t know and why they don’t want to know it have been raised anew with flood waters overwhelming communities in Quebec and Ontario.

The Insurance Bureau of Canada created a mapping tool to figure out where there was the greatest risk of flooding, either from rising waters or overwhelming rainfall. A Calgary-based company, Tesera, is in the process of getting it ready for wider distribution.

At a session on disaster-proofing communities at the Federation of Canadian Municipalities conference last June, some delegates appeared to want nothing to do with the mapping tool.

A report from officials at Infrastructure Canada said that a delegate from one city worried that mapping flood risk could reduce property values in flood-prone areas where infrastructure solutions weren’t feasible. Another said local governments are reluctant to map flood risks because they could be liable for damages, “and they may not have the public or political support for infrastructure investments,” the report said.

The Canadian Press obtained a copy of the report under the Access to Information Act.

Craig Stewart, vice-president federal affairs for the Insurance Bureau of Canada, said local leaders were concerned about releasing the maps publicly, fearing owners of high-risk homes would take out their anger on local officials.

“However, it’s our opinion that people have a right to know their risk and in fact, Canadians should be educated about flood risk so that they can make the right decisions on how to defend themselves against it,” Stewart said.

The federal government has pledged cash for risk assessments and new infrastructure construction, hoping to nudge cities into making better decisions about what projects they need and how badly they need them done.

As well, this year’s federal budget earmarked $2 billion over 11 years, the vast majority of it to be spent after 2021, in the Liberal infrastructure program to help disaster-proof the communities. A further $281 million over 11 years is set aside for projects that help communities adapt to climate change.

The amounts won’t meet all the needs to protect communities from flooding: Edmonton, for instance, estimates it would require $2.5 billion in new infrastructure to reduce flooding risks over the next 50 years.

There is never going to be enough federal money to cover all the infrastructure needs cities have, but the funding is “more than we had before,” said Halifax Mayor Mike Savage.

“If you don’t adapt and if you don’t show resiliency, then you’re going to be in trouble. So I’m glad that the feds have identified that this is a necessity,” said Savage, whose city has mapped flood risks inland and along its coast line.

“When it comes to climate change, sticking your head in the sand is not the right solution.”