TORONTO – The mayor of a northern Ontario community says residents have been allowed to return to homes they were forced to leave earlier this week as forest fires burned nearby.

But Lorie Hunter, the mayor of Temagami, Ont., says there are still 19 active forest fires near the community and residents know they could be asked to leave their homes again if the situation changes.

Hunter says 20 homes were involved in the evacuation that took place on Sunday, and says the entire town is watching the situation. 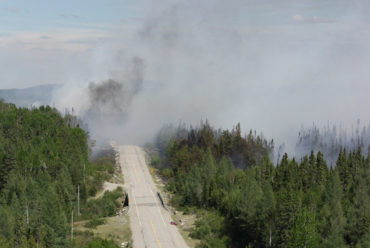 Shayne McCool, a fire information officer from the Ministry of Natural Resources and Forestry, says firefighters in northeastern Ontario are currently battling 66 active forest fires, compared to 70 on Monday.

He says 26 of those active fires are not under control but notes that the territory currently burning has not increased.

McCool says almost 200 firefighters from all over Canada have joined crews already working on the ground to battle the Ontario blazes.