Earth likely to see increase in frequency and intensity of storms, wildfires and flooding: AIR Worldwide

The earth is likely to see an increase in the frequency and intensity of weather phenomena, including severe thunderstorms, wildfires, inland floods and coastal flood, according to projections from catastrophe risk modelling firm AIR Worldwide. 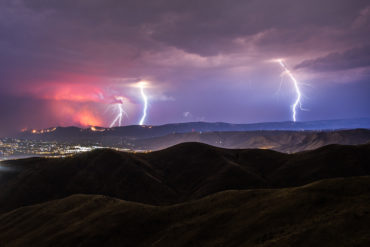 The projections were contained in an AIR Worldwide report released last week titled Climate Change Impacts on Extreme Weather. The report examines climate change and its effects on atmospheric perils of relevance to catastrophe modelling and the insurance industry, AIR explained in a press release.

“Many in the insurance world are paying increased attention to climate change in light of reports of increasing variability of atmospheric perils such as windstorms and floods,” said Dr. Peter Sousounis, assistant vice president and director of meteorology at AIR Worldwide, in the release. “Meanwhile, regulators and rating agencies are beginning to ask companies to disclose how they are incorporating climate risk into their decision-making processes. As a result, clients have asked AIR to keep them apprised of the current state of the science regarding climate change impacts on extreme weather.”

The report was co-authored by Dr. Sousounis and Dr. Christopher Little from AIR sister company Atmospheric and Environmental Research. It is broken down into three sections: Section 1 summarizes key elements of climate and climate change and its relevance for weather extremes; Section 2 provides a synthesis of the latest scientific knowledge about how specific weather extremes may be affected by climate change, especially toward the end of the 21st century; and Section 3 identifies some of the complications and uncertainties surrounding the results and suggests a possible path forward for the developers and users of catastrophe models. 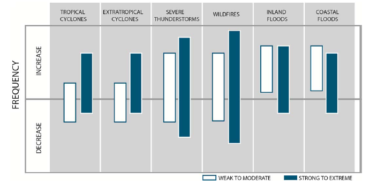 Among the report’s findings: