A large earthquake along the San Andreas fault impacting both northern and southern California simultaneously – once considered impossible – could cause up to 126% more residential property damage than previously thought, according to a new data analysis from CoreLogic, Inc. 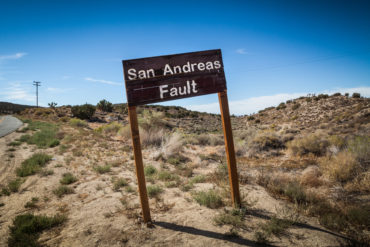 The CoreLogic analysis is based on revised earthquake risk science from the Uniform California Earthquake Rupture Forecast, Version 3 (UCERF3), which concluded that a single large earthquake could now rupture simultaneously in both northern and southern California, and that earthquakes of magnitude 8.0 and higher will affect a larger land area and greater number of people. The San Andreas fault has always been viewed as two independent segments with earthquake ruptures on the northern and southern San Andreas faults deemed mutually exclusive of one another, CoreLogic noted in a data brief released on Tuesday.

Based on the revised UCERF3 hazard data, CoreLogic – a global provider of property information, analytics and data-enabled solutions headquartered in Irvine, Calif. – has produced new earthquake risk analysis that illustrates the higher conditional probability of losses for an earthquake impacting both regions simultaneously. The analysis includes four earthquake scenarios in California and the resulting increase in both the number of single-family homes that could be damaged and the accompanying reconstruction cost value (RCV).

For example, an earthquake of magnitude 8.3 along the San Andreas fault – one that previously was thought to only occur along the northern segment of the fault line – could result in a full rupture and increase the number of homes damaged by 126%. So, while the previous earthquake risk was 1.6 million homes, the revised earthquake risk is up to 3.5 million homes. This corresponds to estimated RCV of US$289 billion in the revision, up 79% from US$161 billion in the previous estimate.

A similar scenario that expands earthquake risk from just the southern San Andreas fault to a full rupture increases the number of homes damaged by 54%, from 2.3 million to 3.5 million, and increases RCV by 111%, from US$137 billion to US$289 billion.

For a magnitude 8.2 or 8.0 earthquake scenario, the rupture, while smaller, would still impact both regions of the fault and much of the geography of the state, as well as increase the number of homes damaged and the RCV, CoreLogic said in the data brief. The estimated number of homes damaged includes those that sustain damage of 5% or more of the total reconstruction cost value of the property.

“This new view of earthquake hazard from UCERF – an increased probability that earthquakes can simultaneously cause damage across the state of California – is transforming the way risk managers evaluate and manage earthquake risk,” the analysis said. “The implications of this change span far beyond the insurance industry, impacting response and recovery for public safety, infrastructure and the global supply chain. Since earthquake damage is not covered in a standard homeowner’s policy, this new view of earthquake risk also touches the mortgage industry. California has always been at high risk for earthquakes, but this risk may have a greater impact than previously anticipated, and needs to be taken into consideration during preparedness planning.”

More News
Related
Recent earthquakes a reminder that events can happen anywhere: I.I.I.
Insured losses of New Zealand quake could be as much as US$3.5 billion: AIR Worldwide
Flooding and damaging winds most destructive U.S. natural hazards in 2016: CoreLogic
CatIQ enters into agreement with Impact Forecasting to use cat event flood response footprints for Canada