Economical Insurance estimates its pre-tax losses related to the Fort McMurray wildfire will be $35 million to $45 million, net of reinsurance recoveries and reinstatement premiums.

Economical Insurance said in a statement on Wednesday that its catastrophe reinsurance coverage commences once losses reach $30 million on an individual loss event. The insurer will record the loss related to this catastrophe in its second quarter results. 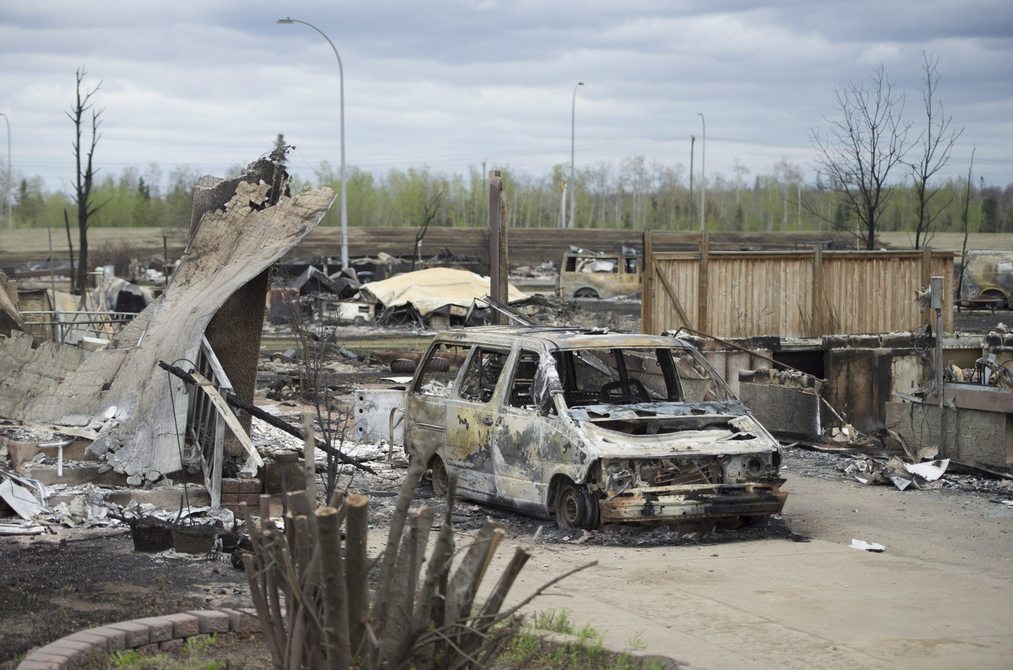 A burnt out van is pictured in the Beacon Hill neighbourhood during a media tour of the fire-damaged city of Fort McMurray, Alta., on Monday, May 9, 2016. THE CANADIAN PRESS/Jonathan Hayward

The initial loss estimate is based primarily on claims reported to date, known exposures in the area, and reported percentage losses in various parts of the community, Economical said in the statement. In addition, there is currently no direct access to the area, losses within an area can vary from one street to the next and the fire is still ongoing. The estimate also assumes that this wildfire does not return to Fort McMurray. As a result, the ultimate losses incurred may differ from the initial estimate, Economical added.

And on Monday, Economical launched its direct business, Sonnet Insurance Group. The new digital platform will initially offer personal home insurance policies, including homeowner tenant, condo and landlord insurance, while personal auto is scheduled to follow in the second half of 2016, Economical reported at the time.

Founded in 1871, property and casualty insurer Economical Insurance has more than $2 billion in annualized premium volume and $5.3 billion in assets as of March 31. The Waterloo, Ont-based Canadian-owned and operated company covers more than one million customers across the country.

WATCH: Still no clear timetable for when Fort McMurray residents can go home @ShayeGanam has the latest #ymmfire https://t.co/diTCXlmZ7j

May 11, 9:30 p.m. – A message from Darby Allen #ymmfire #fortmacfire pic.twitter.com/EgAWpWctKB

1/2 RCMP & @ABSheriffs are assisting in towing operations. Owners will be contacted & told how to recover vehicles. pic.twitter.com/figKtkVO4h

2/2 Owners of towed vehicles can phone 310-4455 for information. #YMMfire pic.twitter.com/Qh1EPgcm8j