Estimated insured losses from Hurricane Matthew for U.S., Caribbean between US$2.8 billion and US$8.8 billion: AIR

Hurricane Matthew affected the Caribbean and the southeastern coastline of the U.S. for almost two weeks, notes a statement from the Boston-based catastrophe modelling firm, a Verisk Analytics business. 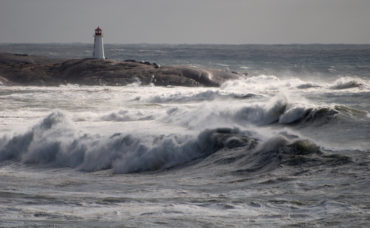 In the U.S., Florida, Georgia, South Carolina, North Carolina and Virginia were affected, including power outages affecting millions of homes and businesses, and the evacuation of more than 3 million people.

In some locations, winds reached upwards of 100 mph, storm surge was as high as nine feet and as much as 17 inches of rain was reported, AIR reports.

By state, AIR notes that the effects of Matthew include the following:

Matthew passed through the Windward Islands and Barbados as a tropical storm on Sept. 28 and strengthened by the following afternoon to become the 2016 Atlantic hurricane season’s fifth hurricane, notes the AIR statement.

Becoming a major hurricane, the storm reached its peak intensity, as a Category 5 hurricane with 160 mph winds, on Oct. 1.

By Oct. 4, it had reduced to a Category 4 storm and later a Category 3 storm, affecting western Haiti, eastern Cuba and the Windward Passage to the Bahamas.

Matthew continued to weaken as it made its way along the southeastern coast of the U.S., making landfall as a Category 1 storm in McClellanville, South Carolina, 40 miles northeast of Charleston on Oct. 8.

With winds of 75 miles per hour, “by this time, Matthew was rapidly losing tropical characteristics, and strong vertical shear caused continued weakening, although impacts continued to be felt, particularly by storm surge and heavy inland flooding,” AIR notes.

Among other things, AIR’s modelled insured loss estimates for the U.S. include insured physical damage to property, both structures and their contents; additional living expenses (ALE) for residential claims; insured physical damage to structures and contents, and business interruption directly caused by storm surge, for commercial lines; direct and indirect losses for insured risks that experience physical loss for business interruption; 100% of storm surge damage for the automobile line; and demand surge.

The estimates do not reflect such factors as losses paid out by the National Flood Insurance Program, losses to uninsured properties, losses to infrastructure and losses from hazardous waste clean-up, vandalism or civil commotion, whether directly or indirectly caused by the event.