KELOWNA, B.C. – Hundreds of people forced from their homes by a wildfire burning east of Kelowna, B.C., have been allowed to return, but others remain displaced. 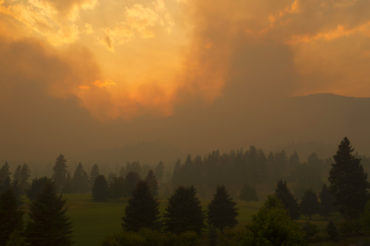 The Central Okanagan Regional District said an evacuation order for 263 properties was lifted Sunday morning and about 600 residents are now allowed to go home.

About 400 other residents remain under evacuation order due to the flames, and people who have been allowed to return will remain on evacuation alert, meaning they must be prepared to leave again at a moment’s notice.

The regional district said in a release that the return is expected to be a slow process and residents are urged to be patient.

Household pets are allowed to go home with their owners, but other animals have been prohibited from returning in case another evacuation order is issued, the regional district said.

The fire started about 20 kilometres east of Kelowna on Thursday and grew quickly.

The BC Wildfire Service said the flames are burning in heavy timber and steep terrain, but fire information officer Justine Hunse said crews had contained about 20 per cent of the fire by Sunday morning.

Flames burned vigorously along the ground Saturday, Hunse said, but the fire has remained at about 465 hectares in size and the fire activity was quiet overnight.

Eighty firefighters with the BC Wildfire Service worked on the flames Sunday alongside a number of local fire departments.

The wildfire service said the fire has come within a few hundred metres of properties, but the agency has not received any reports of burnt structures.

The cause of the fire remains under investigation.