Fatal explosion damages about a dozen homes near Toronto

CALEDON, Ont. – A man has died and dozens were forced from their homes after an explosion completely demolished a house in Caledon, Ont., on Sunday morning, officials said as they investigated the incident.

Officers were called to the home at about 6:20 a.m. on Sunday, said Const. Iryna Nebogatova.

Police have identified the deceased man as 54-year-old Joseph Westcott. 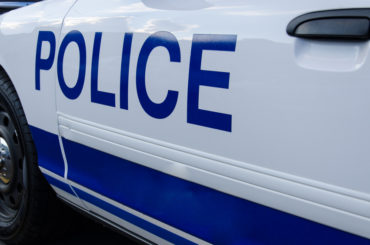 When emergency services arrived on the scene, they found that the house was completely levelled by the explosion, said Caledon Fire Chief Darryl Bailey. He noted that investigators believe there was only person in the house at the time of the blast.

He said the cause of the explosion has not yet been confirmed and that the Ontario Fire Marshal would be taking over the investigation.

‘It’s too early to speculate with few details,” he said.

Bailey initially said at a Sunday morning news conference that about six neighbouring homes were also damaged from the blast, but he said in the afternoon that after further investigation, about 10 to 15 homes have varying degrees of damage _ some with their windows and doors blown out.

Caledon Mayor Allan Thompson said 30 to 35 people in the area were evacuated from their homes and are currently seeking shelter at a local church.

“The good news of this situation is no one else is hurt,” Thompson told reporters at the Sunday morning news conference.

Insp. Ryan Carothers said the street might be closed off for a couple of days as the investigation continues.

Carolyn Hodder, who lives near the site of the blast, said she was in her kitchen when she heard a loud bang.

“It was a massive bang,” she said. “I thought the roof collapsed or something fell on the roof.”

She said her husband and daughter jumped out of bed and ran downstairs. Upon further inspection, they found about 10 cracks in the walls of their home.

Jennifer Lawrence, who also lives nearby, said the blast shook her house so hard that some of her paintings and mirrors fell off the walls of her home.

“There was a big boom and it was so aggressive that I thought my house was struck by lightning,” she said.

By Alanna Rizza in Toronto.