Public Safety and Emergency Preparedness Canada has launched its second call for proposals for the National Disaster Mitigation Program (NDMP). 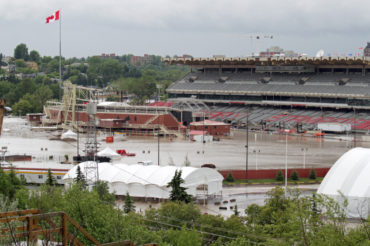 The NDMP aims to reduce the impacts of natural disasters on Canadians by focusing investments on significant, recurring flood risk and costs; and by advancing work to facilitate private residential insurance for overland flooding. The amount of funding available for the second call for proposals is approximately $60 million over the next two years, Public Safety and Emergency Preparedness Canada said in a press release on Thursday.

The release points out that investments in the NDMP will:

Provincial and territorial governments are the eligible recipients for funding under the NDMP. There are four funding streams available: risk assessments; flood mapping, mitigation planning; and investment in non-structural and small scale structural mitigation projects.

The first call for proposals was launched in April 2015.