“The storm is likely to produce over 50,000 claims, primarily to residential properties and autos, and spread across the states of Florida, Georgia, North Carolina and South Carolina,” notes a statement from KCC, which provides catastrophe loss estimation and risk management services. 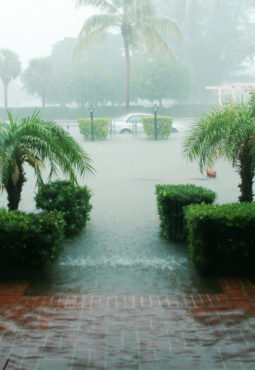 Breaking the decade-long period of no Florida hurricane landfalls since 2005 – the longest period without a landfall prior to the past decade was six years – Hermine made landfall near Saint Marks, Florida early Sept. 2.

In line with damage typical for a Category 1 hurricane, including power outages and destruction from falling trees, “there will be coastal flooding damages along with low level wind damage to roofs and siding,” KCC reported at the time.

“The hurricane generated storm surge heights between six and nine feet along the Florida Panhandle and northwest coastal regions,” the statement notes.

Research from Risk Management Solutions (RMS) has revealed measurable differences in vulnerability between northern Florida, where Hermine made landfall, and the rest of the state, with structures in northern Florida more vulnerable to wind.

With Hermine, the higher vulnerability “is because there are significant differences in North Florida building stock, which is generally wooden-framed, compared with domestic properties in central and south Florida where the use of masonry is more common,” RMS explains.

Related: Hermine is first hurricane to hit Florida coast in a decade

In addition, the company points out another possible reason for the higher vulnerability in northern Florida is that the area is more heavily wooded. “Tree falls, especially from squalls in outer rainbands, can contribute to losses in areas that may not have received the highest winds from the core of the storm.”

For Hermine, RMS reports, “this would be evident in the areas from Tampa northward to Perry.” 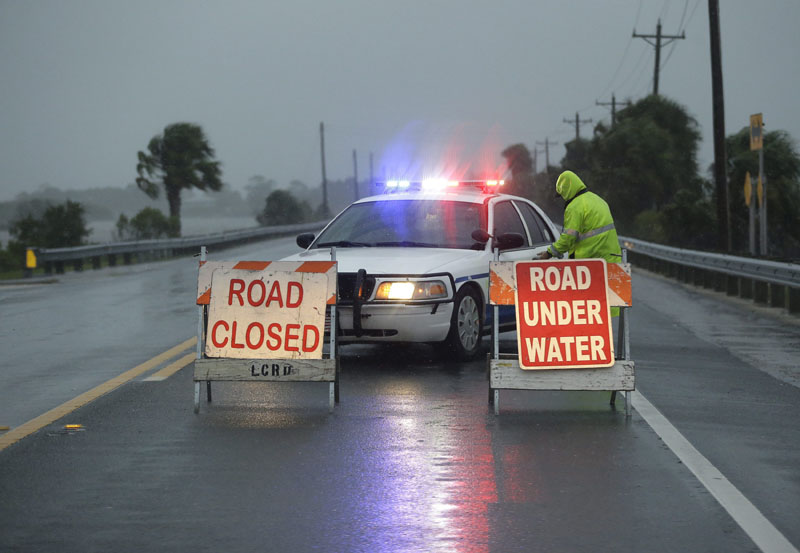 Police block the road entering Cedar Key, Florida, as Hurricane Hermine nears
the Florida coast. Hurricane Hermine gained new strength Thursday evening and roared ever closer to Florida’s Gulf Coast, where rough surf began smashing against docks and boathouses and people braced for the first direct hit on the state from a hurricane in over a decade. Photo by John Raoux, The Associated Press.

“In general, masonry houses are better able to withstand high winds than those made of wood,” AIR Worldwide explains in a statement issued earlier.

“When masonry is used as the exterior wall material, the walls are normally constructed to full height. Then wood floors and the roof are framed into the masonry, resulting in continuous exterior walls and an overall strong structural frame,” it explains.

“Such a structure is more resistant to hurricane winds and the impact of wind-borne debris as compared to wood frame buildings,” AIR Worldwide adds.

Beyond wind damage, though, is flooding. “Tampa, generally considered as one of the most flood-prone locations in the U.S., has received over 20 inches of rain from the precipitation bands associated with Hermine,” the company notes.

“Impacts under storm surge have been quite severe for some areas of the northwest Florida coast, including Cedar Key,” notes a bulletin issued Friday by Guy Carpenter (GC).

“The storm has also caused downed trees and powerlines with some structural damage. The full extent of impacts from this event is still being determined as recovery and assessment efforts are still under way,” the GC statement adds.

“Governor Rick Scott declared a state of emergency for 51 of the Florida’s 67 counties and closed all state offices in those counties mandatory evacuation notices were issued for communities on the water or in low-lying areas of the Gulf Coast,” AIR Worldwide reports.

After weakening to a tropical storm, AIR Worldwide reports, the storm “moved steadily north-northeast into Georgia and it is forecast to gradually slow and weaken as it travels along the southeast coast toward New England, with the potential to disrupt the holiday weekend for many in its path.”

The risk of tornadoes will accompany Hermine as it moves inland and along the mid-Atlantic coast, the statement adds.

As of 8 am Tuesday, the U.S. National Hurricane Center (NHC) was reporting Hermine was again moving closer to the Atlantic coast, about 95 miles (155 km) south of the eastern tip of Long Island.

Moving west at about 6 mph (10 km/h), the bulletin explains a tropical storm warning is in effect for the coast of Long Island from Fire Island Inlet to Port Jefferson Harbor, New Haven to Sagamore Beach, Block Island, Martha’s Vineyard and Nantucket.

“Tropical storm conditions are expected over portions of the warning area today,” NHC notes in the bulletin.

“A decrease in forward speed is expected later today, and Hermine will likely become nearly stationary by tonight. A turn toward the northeast is forecast to occur on Wednesday,” it adds.

While maximum sustained winds remain near 65 mph (100 km/h), with higher gusts, NHC points out that tropical-storm-force winds extend outward up to 140 miles (220 km) from the centre.

With regard to storm surge, “the combination of a storm surge and the tide will cause normally dry areas near the coast to be flooded by rising waters moving inland from the shoreline. Along the immediate coastline, the surge will be accompanied by large and dangerous waves,” the bulletin explains.

In a statement before landfall in Florida, Ben Brookes, RMS’s vice president of capital markets, noted a statement that “initial indications are that Hermine will not cause a major insurance industry loss and that this is unlikely to be an event that has a meaningful impact on soft reinsurance market conditions.”