A bill aimed at increasing participation by the private sector in the flood insurance market in the United States was tabled Wednesday in the House of Representatives, a U.S. congressman from Florida announced. 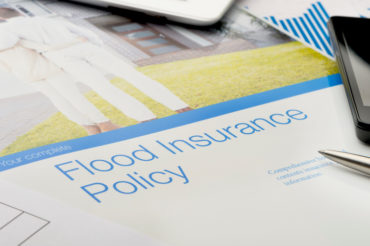 The Flood Insurance Market Parity and Modernization Act was passed by the House of Representatives in 2016 before the November election but had not been passed by the Senate. In order to be passed into U.S. law, the same version of a bill must be approved by both houses of Congress and signed into law by the president.

Private insurance policies “can offer more comprehensive coverage at a better rate” than the National Flood Insurance Program, suggested Dennis Ross, a Republican representing the 15th District of Florida in the House, in a press release Wednesday. Ross said the Flood Insurance Market Parity and Modernization Act was reintroduced Wednesday.

“Excess-and-surplus insurers may be the first ones to enter the market because they can work with flexible terms, conditions, and prices,” S&P stated in the report, titled Privatizing U.S. Flood Insurance: A Trickle-Down Effect, Or Opening Floodgates? “As reinsurers assume an increased role, we may incorporate this appetite into our ERM assessment of their underwriting competencies, earnings and capital volatility, and ability to control this risk. Reinsurers may be willing to provide reinsurance to the NFIP program with well-defined limits and actuarial terms.”

NFIP “was created in 1968 to provide flood coverage to consumers who were unable to get coverage from the very limited private market,” said Emanuel Cleaver, a Democrat representing the 5th district of Missouri in the House, during a hearing in 2016 of the insurance and housing subcommittee of the House Financial Services Committee. At the time – when the subcommittee was considering the Flood Insurance Market Parity and Modernization Act – Cleaver suggested that when catastrophes such as hurricanes occur, “it pretty much  decimates any private participation and the government has had to do a lot of backstopping.”

Under NFIP, flood insurance rates do not differ among carriers and agents, and in some cases premiums are subsidized.

In order to qualify for flood insurance under NFIP, the property must be in a community that has joined the NFIP and agrees to enforce sound floodplain management standards.

Since 1983, insurers have been able to market, sell, and service NFIP policies “under their own name in exchange for an administrative allowance from the NFIP,” Marsh & McLennan Companies Inc. said in a report released earlier.

If passed into law, the Flood Insurance Market Parity and Modernization Act would broaden the definition of insurance in the Flood Disaster Protection Act of 1973. Insurance would be able to include coverage provided by a carrier “eligible as a non-admitted insurer to provide insurance in the home State of the insured.” The bill also proposes to let surplus lines insurers provide insurance stipulated in the Flood Disaster Protection Act of 1973.

“Consumers whose flood risk do not fit within the terms and limits of the NFIP or whose risks are declined by the standard market, will look to our market – surplus lines – for the solution,” said Brady Kelly, executive director of the National Association of Professional Surplus Lines Offices, before the House insurance and housing subcommittee in January, 2016. “Homeowners may want replacement coverage rather than actual cash value for their property. They might want to insure additional structures,” he said, adding some may want coverage for additional living expenses or business interruption.

In April, 2016 the British government launched Flood Re, a special purpose vehicle and not-for-profit monoline reinsurer. Flood Re is subsidized by a tax on all insurers offering home insurance Britain. Each insurer is charged based on its market share and those insurers pay a combined total of 180 million pounds a year.