VANCOUVER – Drenching rain that has deluged British Columbia’s south coast since Sunday night should begin to relent over the next 24 hours, although Environment Canada says another 40 millimetres of precipitation is expected across parts of the region by Wednesday.

Rainfall warnings remain posted for the east coast of Vancouver and the inner south coast all the way east to the Fraser Canyon, but wind warnings were dropped Monday night.

The weather office says as much as 120 millimetres of rain was recorded Monday along Vancouver’s North Shore mountains, washing away the season’s first dump of snow that arrived over the weekend. 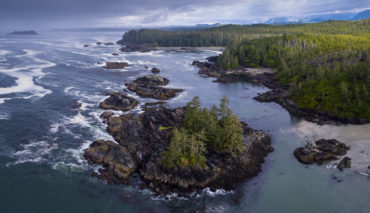 Flood watches and high streamflow advisories for numerous waterways on Vancouver Island and the south coast remain in effect but the River Forecast Centre estimates flows on affected rivers and streams will peak as the current storm tapers off.

Elsewhere, the Boundary and Kootenay regions of southern B.C. are enduring what Environment Canada calls “a long period of snowfall,” with accumulations of up to 30 centimetres on higher elevations of Highway 3.

Light snow is also forecast along the Coquihalla Connector to the Okanagan, but the main stretch of Highway 5 from Hope to Kamloops has dodged the latest round of white stuff.