Fort McMurray evacuees eager for a look at how their neighbourhoods fared during a recent forest fire have a new tool – Google.

The California-based Internet giant is offering a bird’s-eye view of the city taken from satellite imagery on May 5. It clearly shows which streets of the city suffered most from the fire, which destroyed 2,400 buildings. 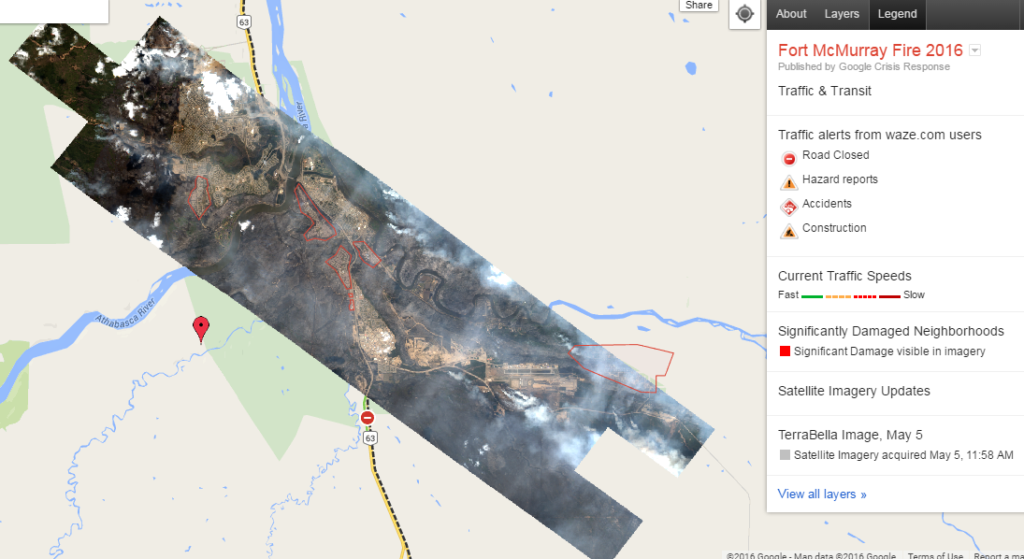 “They happened to be on the right orbit and the right spot to capture these pictures,” said Christian Adams from Google’s crisis response team. [Visit: https://www.google.org/crisismap/2016-fort-mcmurray-fire] 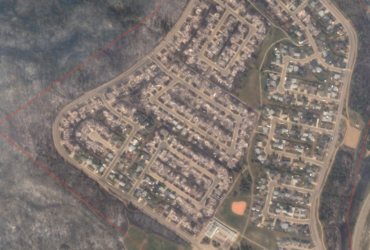 “They’re orbiting the Earth every day, so it wasn’t that big a surprise – a combination of the orbit and the clouds being out of the way that let us get these particular pictures.”

The site also contains information on shelters and traffic conditions.

Adams said the company has been able to spread the word about the site through its Google Now program, as well as through its public alerts program.

He said the company has no way to trace those who use the site, so can’t create a list for sale to advertisers. 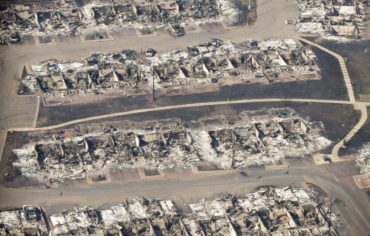 A devastated neighbourhood is shown in Fort McMurray, Alta., on Friday, May 13, 2016. THE CANADIAN PRESS/Jason Franson

“We don’t have any way of knowing that level of detail about people or anything about who accesses the site.”

Google first offered maps of disaster zones to help residents and responders after Hurricane Katrina, which tore through New Orleans in 2005.