The government of Alberta has announced an additional $45 million in funding for flood and drought protection. 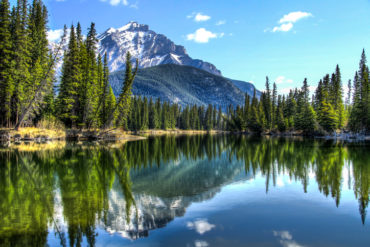 Over the next four years, the government will invest an additional $31 million in the Alberta Community Resilience Program (ACRP) and $14 million in the Watershed Resiliency and Restoration Program (WRRP), which was scheduled to wrap up in 2017. The funding is for two high-demand flood and drought resiliency grant programs to help ensure public safety and protect communities against the impacts of severe weather, Alberta Environment and Parks  explained in a press release on Friday.

Through three rounds of funding, WRRP grants will fund the restoration, enhancement and creation of more than 600 hectares of wetlands and 40 kilometres of riparian areas – the lush strips of land adjacent to lakes, rivers, streams and wetlands, the release said. Additionally, the program funds projects focused on education, outreach and the implementation of best management practices.

To date, more than $100 million has been invested in community-level flood resiliency projects through the ACRP. Money has gone toward flood barriers, erosion control, storm water management, safeguards for critical municipal water management infrastructure and other high-priority flood mitigation projects across the province.

The original funding allocation for the ACRP was $500 million over 10 years. The WRRP was a three-year, $21-million program.

Additional funding for both programs will begin in the 2017-18 budget year, the release said. Eligible organizations are encouraged to submit their application to the WRRP on or before Feb. 17, 2017. The next application deadline for the ACRP is Sept. 30, 2017.

“Flood and drought events can be devastating to Alberta families and our economy,” said Alberta’s Minister of Environment and Parks, Shannon Phillips, in the release. “Our additional investment in flood and drought resiliency will help our communities adapt to a changing climate where severe weather will be more common. Projects funded through these grant programs will help protect Albertans where they live and work and enhance our natural environment to positively impact both flood and drought resiliency.”