The government of British Columbia has announced $550,000 in funding for increased capability for tsunami warnings and the potential to provide earthquake early warnings. 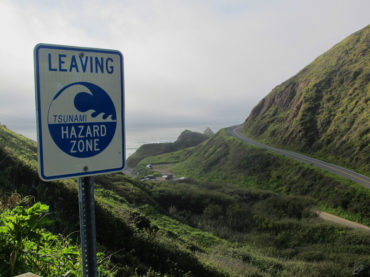 British Columbia’s Ministry of Transportation and Infrastructure said in a statement on Tuesday that the $550,000 contribution from the BC Disaster Mitigation Program to the Capital Regional District will benefit residents of Port Renfrew and the Pacheedaht First Nation.

The funds will replace existing obsolete tsunami sirens with new warning technology to help residents to be quickly informed in the event a tsunami threatens the region, the statement explained. The tsunami siren upgrades will include voiceover capability and remote activation, expanding the audible warning zone to include the Pacheedaht First Nation community. The proposed system will have the potential to provide early warning prior to an earthquake actually occurring, and will allow residents time to “drop, cover and hold on, and head to high ground.”

The funding is part of a broader investment of more than $80 million in emergency preparedness and mitigation. Last week, the province announced $10.5 million in funding for dike and pump upgrades to the Fraser Valley Regional District (FVRD)’s Nicomen Island diking system. The FVRD will use $6 million of this funding to widen the dikes to increase stability, and in turn protect agricultural lands and a Lakahahmen First Nation community, the transportation and infrastructure ministry reported at the time. The remaining $4.5 million will be allocated to the existing pumping system infrastructure that supports these dikes. The pumping system upgrades will increase the functionality of the pumps to better cope with flooding, and will allow all pumps in the system to function concurrently.

Some of the other investments included in the $80 million funding:

Mike Hicks, director of the Juan de Fuca Electoral Area, said in the statement that the $550,000 in funding will provide a “much-needed replacement of the current tsunami warning system. This new world-class, state-of-the-art warning system will help to protect the community from the very real threat of tsunamis.”

Jeff Jones, chief of the Pacheedaht Nation, noted that “the threat of earthquakes and a resulting tsunami is part of Pacheedaht community life. It is not a matter of if, but when the event will occur; this has been a part of Pacheedaht’s history since time immemorial. We are grateful for the upgrades to the tsunami warning system, and hope this builds momentum for other emergency preparedness initiatives in Pacheedaht traditional territory.”