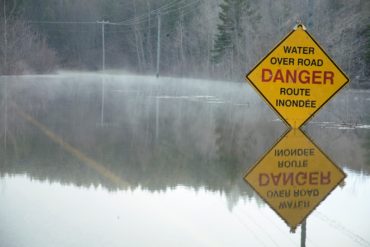 Goodale announced the campaign on Monday in a video message to participants gathered in Montreal for the Seventh Annual National Roundtable on Disaster Risk Reduction. Michel Picard, parliamentary secretary to Goodale, welcomed more than 200 members of Canada’s Platform for Disaster Risk Reduction at the roundtable.

The roundtable brought together all levels of government, the private sector, non-government organizations and individual Canadians interested in finding “innovative ways to collectively reduce the risks and impacts of disaster,” Public Safety and Emergency Preparedness Canada said in a press release. This year, discussions focused on the theme of “Understanding Disaster Risks,” the first of four priorities for action under the United Nation’s Sendai Framework for Disaster Risk Reduction.

Flood Ready provides an overview of overland flooding; the cost of flooding (more than $20 billion in flood damage between 2003 and 2012); reasons to be “flood ready”; a quiz on flood risks; a step-by-step guide on making properties and communities safer; ways to build flood-readiness into a property (such as backwater valves or plugs for drains, toilets and other sewer connections); and community flood planning steps, tools and government programs (for example: formal risk assessments and an explanation of the National Disaster Mitigation Program).

“The Government of Canada is proud to take on a leadership role in working toward a whole-of-society approach to disaster risk reduction,” Goodale said in the release. “The diverse representation at the Seventh Annual National Roundtable on Disaster Risk Reduction demonstrates that everyone – individuals, communities, corporations and governments – has an active role to play in making Canada more resilient.”

The government of Quebec also took part in the roundtable, which gave participants an opportunity to share their knowledge and experience, said Martin Coiteux, the province’s Minister of Municipal Affairs and Land Occupancy, the Minister of Public Safety and the Minister Responsible for the Montreal Region. “In the context of climate change, we must act before disasters occur in order to reduce their impact,” he said. “For this reason, the government promotes, in collaboration with our partners, including Quebec’s municipalities, a preventive approach to emergency management.”

“As a municipal government, we play an essential role in increasing our understanding of disaster risks and in enhancing protection for our population,” noted Denis Coderre, Mayor of Montreal, in the release. “As such, it is essential for us to invest in our risk management expertise and to increase our population’s awareness.”

The annual roundtable is a key element of Canada’s Platform for Disaster Risk Reduction. Membership includes over 500 individuals and organizations from across sectors.