Hurricanes to date a capital event for reinsurers, 2017 could be even more costly Cat year than 2005

The above-average activity for the Atlantic hurricanes season so far – a season that is not yet done – is already a capital event for p&c reinsurers and the remainder plus wildfire activity likely only contributes to nervousness, S&P Global Ratings reports. 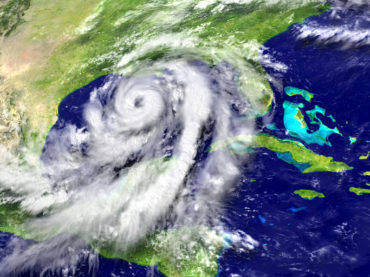 2017 has proved “a year of unusually frequent and severe natural catastrophes,” with not only the hurricanes, but the Mexico City quake and California wildfires.

“Losses from these same hurricanes, as well as the Mexico City earthquake that took place during third-quarter 2017, will likely wipe out global reinsurers’ annual earnings and ultimately become a capital event for this sector,” the statement adds.

Harvey and Irma alone could cost the insurance and reinsurance industries US$60 billion, adding to the US$15 billion of catastrophe losses in the first half of the year, S&P Global Ratings report.

“This puts the toll as high as US$75 billion of insured losses, with the Atlantic hurricane season only halfway done,” the statement notes, pointing out that once Maria and emerging Cats are added to the mix, “2017 could be a worse catastrophe year than 2005, when there was US$77 billion in insured losses (based on 2016 dollars) related to Hurricanes Katrina, Wilma and Rita.”

The likelihood is there will be more than US$100 billion in insured catastrophe losses in 2017 Q3, the statement notes. That being the case, questions arise as to whether or not the reinsurance pricing cycle has reached an inflection point, and how traditional reinsurers and alternative capital providers will react to these capital events?