The Institute for Catastrophic Loss Reduction (ICLR) will be hosting a workshop in late November on a basement flooding mitigation program in Ontario’s Halton Region. 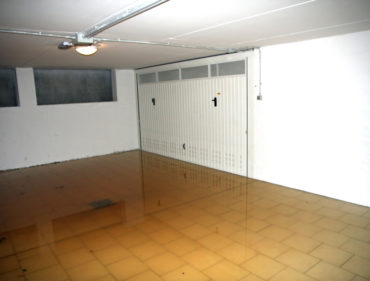 Recovering from the Flood: Halton’s Basement Flooding Mitigation Program will be held on Friday, Nov. 25 in the ICLR’s boardroom at 20 Richmond St. E., Suite 210, in Toronto. The workshop, part of the institute’s Friday Forum series, will run from 10 a.m. to 11:30 a.m. EST.

As background on the workshop, ICLR referenced an “intense storm” that delivered more than 200 millimetres of rain over an eight-hour period in areas of the City of Burlington during the afternoon and evening of Aug. 4, 2014. “The result was pure devastation to thousands of residents and businesses in Halton Region,” the information said. “Over 6,000 calls were received, with more than 3,500 relating to basement flooding.”

Although basement flooding cannot truly be avoided, especially with greater intensity storms occurring more frequently, reducing the number of flooded homes as well as preventing sewer backup during smaller storm events may be possible, ICLR said. “However, this requires action from the municipalities as well as homeowners.”

ICLR said that as a result of the August 2014 flood, Halton Region developed an “aggressive and comprehensive program to mitigate the risk of future basement flooding from sewer backup that includes both public side and private side work.” The ICLR presentation will discuss the flooding event as well as provide an insight into Halton Region’s current basement flooding mitigation program.

The speaker will be John Duong, manager of systems planning and customer service in the public works department at the Regional Municipality of Halton. Duong graduated with a civil engineering degree and Master’s degree from McMaster University in Hamilton, Ont. He worked as a consultant for over five years before making the switch to the municipal field, where he has been for the past 11 years.