Most Canadian insurers were able to generate positive underwriting results in Alberta through their use of reinsurance risk sharing following the Fort McMurray wildfire, credit ratings agency DBRS Limited said in a commentary released on Wednesday. 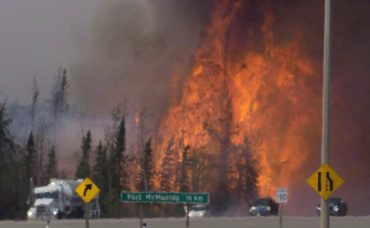 The commentary, titled 2016 Claim Losses for Canadian P&C Insurers Significantly Higher after Fort McMurray, but Impact Softened by Reinsurance Risk Sharing, found that “overall, Canadian P&C insurers demonstrated good results in the aftermath of the Fort McMurray wildfire, which is a testament to the industry’s risk management policies and resilience in the face of catastrophic events.”

The commentary noted that the run rate of claims ceded to reinsurers is generally $1 billion or less, with ceded claims in 2014 and 2015 totalling $1 billion and $0.7 billion, respectively. In 2016, the ceded claim volume ballooned to $3.9 billion, the commentary pointed out.

DBRS said in a press release that the Canadian P&C industry experienced about $5.3 billion in insured claims for catastrophic and notable events in 2016, with the Fort McMurray wildfire alone contributing about $3.7 billion of the total. “Compared with the worldwide total for insured losses of US$54 billion, the Fort McMurray claims losses are relatively small; however, changes in weather patterns in Canada pose an increasing threat of wind, hail and flood damage along with wildfire risk in susceptible communities,” the release noted. Still, “significant near-term increases on reinsurance premiums in Canada are unlikely, given the size of the Fort McMurray claims relative to catastrophic claims globally, but trends in weather combined with expanding settlement could bring pressure in the medium term,” the commentary suggested.

The commentary also discussed industry premium and claim data, as well as the impact of reinsurance on Canada’s largest P&C insurers, with a focus on Alberta historical claim volumes for comparison to 2016. As expected, industry gross claims incurred in Alberta experienced a significant spike in 2016.

In general, the impact on Canadian P&C insurers was proportional to their market share in Alberta, the release said. “Intact has the largest premium share based on direct premiums written of 17.6% and, correspondingly, Intact incurred the largest share of gross losses for one company at 15.3% of provincial insurance claims,” DBRS said in the commentary. “Its overall dollar loss was $1.4 billion. Intact’s reinsurance programs provided protection for a sizable portion of these claims with $0.5 billion in relief (36% of gross losses) for a net claims amount of $1.1 billion.”

Reasonable reinsurance retention limits helped to soften the impact of Intact’s spike in claims, the commentary said, pointing out that despite the additional claims, Intact achieved a positive claims margin of $239 million in Alberta. Its national underwriting profit was $317 million, DBRS reported.

TD Insurance also benefitted from reinsurance, as it experienced the second-largest amount of gross claims incurred at $1 billion and ceded $0.4 billion. “Interestingly, the company achieved a positive claims margin (as defined by net earned premiums minus net claims incurred) of $125 million in Alberta, but experienced an underwriting loss nationally (after commissions and expenses) of $145 million,” the commentary said.

The commentary also discussed the impact of reinsurance reducing insurers’ gross claims, which totalled $9.2 billion for all lines in Alberta, up from $5.1 billion in 2015. Most insurers were able to generate positive underwriting results in Alberta through their use of reinsurance risk sharing and “geographic diversification of premium also played a role in the achievement of underwriting profit for some of the larger industry players,” the release said.

Overall, despite the high claim year, only one-quarter of active companies posted negative claims margins in Alberta. “Of the top premium writers in Alberta, only Desjardins and CAA posted negative claims margins of $53 million and $26 million, respectively, in 2016,” the commentary noted. “Considering that the Fort McMurray wildfire was the largest insured catastrophic claim event in Canadian history, these results are a successful achievement; hence, DBRS stands by its initial assessment in May 2016 that no credit rating impact on direct Canadian P&C writers was expected as a result of the Fort McMurray event.”