The insurance industry is undergoing structural change with the emergence of platform-based business models and insurers need to ready themselves to be able to take part, Matthew Smith, insurance co-lead for the Global Strategy Group at KPMG, suggested during the firm’s 25th Annual Insurance Issues Conference. 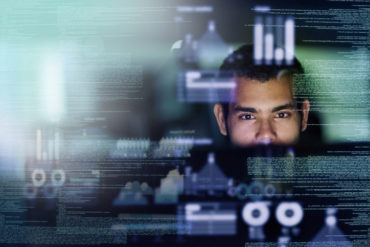 “The insurance industry is facing into a structural change. This is not a cycle; this is a fundamental structural change,” Smith, who is based in the United Kingdom, said Wednesday during the KPMG event in downtown Toronto.

He spoke about fintech and insuretech developments around the world and what insurers and intermediaries are doing in response.

“This platform-based business model is about connecting and convening and finding easier ways to choose to get to the things that they want,” he told attendees.

Related: Insurance firms should investigate ‘insuretechs’ to complement their own digital strategies: Gartner

Despite the challenges structural change brings, he suggested it also should be viewed as “very exciting because it creates a whole host of opportunities for us.”

Consider the influence, for example, of one driver of disruption: sector convergence.

Thinking back just a decade, “you can see very distinct industry sectors, somewhat discrete from one another,” said Smith. Fast forward to now, “what we’re seeing is a convergence and a blurring of the lines around some of these traditional industries.”

An obvious example of convergence is the autonomous vehicle, he said, which is bringing together automotive, telco, tech and insurance.

“We’ll continue to see that theme as, more and more, the lines of traditional industry get blurred and people move from what was their core business into adjacent opportunities elsewhere,” Smith argued.

“You can put insurance right in the centre of (sector convergence) because it touches and is touched by all of these industries,” he said.

Another key driver of disruption is client experience. “People demand that experiences that are easy in parts of their lives are repeatable across all the experiences they have in their lives,” Smith said, adding that they are looking for something on par when interacting with insurance companies.

“That interaction doesn’t mean frequency; it doesn’t mean that we’re trying to be in contact with them every day about their insurance policy. That’s not what they’re looking for,” Smith explained. “It means when they have to have those points of interaction, it’s easy, it’s convenient, it’s fast,” he said.

But to get to that point, Smith (pictured below left) suggested yet another driver of disruption may come into play: understanding opportunities from disruptors to extract value from the value chain. 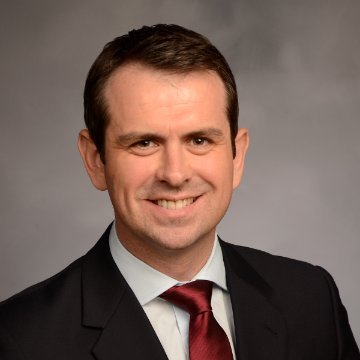 “New and emerging insurtechs are really trying to enable incumbent players to be more successful, to be more effective and they actually want to partner and collaborate with you guys,” he said.

Smith pointed out that in the U.K., 60% of auto insurance is purchased online through an aggregated platform. Not just in the U.K. and not just with car insurance, “these aggregators are playing a significant role,” he maintained.

“So at the small end – the small and medium-sized enterprises – you’re seeing the kind of continued movement of risk aggregation: commoditized products, the ability to quickly understand what it is that you need, how to get at the lowest possible price and a better end-to-end experience,” he reported to attendees.

“Business models are definitely moving and having to move faster than their associated operating model,” Smith said. “The legacy technology, the legacy operating models become significant constraints when you’re trying to then shift or pivot your business,” he suggested.

Perhaps more positive is that large broker clients with deep pockets are “investing huge amounts of money in prevention,” Smith reported. “What they’re investing in is their ability to prevent the issue happening,” he explained.

Smith’s view is they are looking for “solutions versus products. They’re looking to collaborate and work with different partners to provide the prevention solutions rather than try and build or buy everything in-house,” he said.

In addition, there looks to be opportunity in the emergence of new risks. Citing virtual reality, “that’s going to be a US$20 billion insurers’ business by 2020. This is not peripheral; this is significant,” Smith said.

Also emerging are on-demand solutions, Smith said. “Whether it’s getting on a flight and having cover for the duration of that flight,” or something else, this is coming.

Things like machine learning, artificial intelligence and sophisticated analytics are “changing the way that we do business. They’ll change to drive efficiency and, therefore, drive profitability, but it also means that it changes the profile of the industry and how we operate,” he emphasized.

Capitalizing on available opportunities – and being in a position to be able to do so – makes sense given that it is unlikely the soft market is likely to change anytime soon.

“In order for the market to harden from where it is today and then have (excess) capital go elsewhere, we would need a combination of factors,” Smith explained, citing as two examples a number of significant Cat events and interest rate changes.

While that excess capital is there, he said, “the market is obviously going to stay soft and it means carriers are under pressure.”