PERILS AG has upped its estimate of the property insurance market loss for Tropical Cyclone Debbie, which affected the Australian states of Queensland and New South Wales this spring, to just shy of AU$1.7 billion. 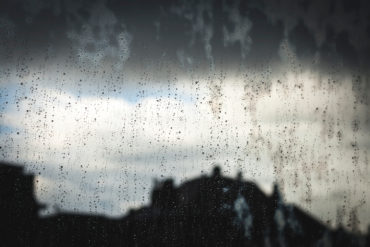 The Zurich-based organization’s third loss estimate, issued Thursday, is up from the AU$1.4 billion estimate that it issued in late June.

Debbie hit Australia from Mar. 28 to the early part of April, reports the provider of industry-wide natural catastrophe exposure and event loss data. PERILS AG currently covers a number of countries, including Canada.

PERILS AG points out “this is the first time that a market loss footprint from an Australian Cat event, based on collected insurance loss data, is available at a postcode level and by property line of business.”

That footprint information “is complemented by postcode-level gust-speed values sourced from the European Centre for Medium-Range Weather Forecasts and Risk Frontiers, and by postcode-level rain intensity measures provided by the Australian Bureau of Meteorology,” it adds. 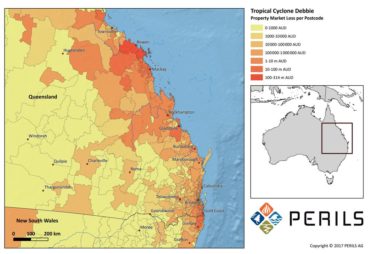 In addition, data has been divided between those losses classified as “cyclone” and those classified as “flood”. Combined, the information allows “users to derive damage degree functions as a percentage of Total Sums Insured,” PERILS AG reports.

It further enables them to, among other things, validate vulnerability functions in probabilistic Cat models with actual, high-quality and independent market data.

Related: Insured costs for Cyclones Debbie and Cook in New Zealand upgraded to NZ$109 million from NZ$84 million in June

PERILS AG is pleased to make the related loss data available “at such a granular level, particularly given the significance of this event for the Australian insurance market,” says Darryl Pidcock, head of PERILS Asia-Pacific.

“The loss footprint has been produced by collecting detailed loss data from insurance companies active in Australia,” Pidcock continues.

The organization’s fourth and final property insurance market loss estimate for Debbie is scheduled to be released Mar. 28, 2018.